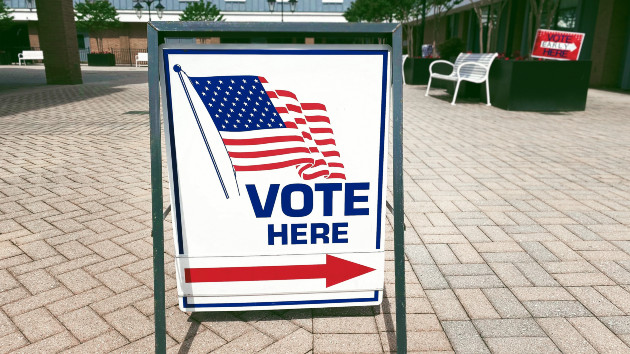 (WASHINGTON) — With early voting underway in more than half of Florida’s counties as of Monday — 15 days before Election Day — Gov. Ron DeSantis is urging supporters to cast their ballots sooner rather than later, despite calls from Donald Trump and some other Republicans to wait until Nov. 8.

DeSantis has made election integrity a key issue since Trump began trumpeting false claims of a stolen 2020 election and has supported various measures to that end, including the creation of an election police force which made controversial fraud arrests in August.

But the governor has also repeatedly noted that Florida voters should feel confident in their own elections — and feel confident voting early or by mail, two methods that Trump has baselessly criticized as allowing fraud.

After returning to the trail in the wake of Hurricane Ian, DeSantis split with Trump on this issue. The former president told Nevada rally-goers on Oct. 9 that voting early would make it easier for Democrats to cheat. He didn’t provide evidence.

DeSantis’ message, though, is: Any form of voting will do.

At campaign events, he sometimes takes a tally. “

How many of you are going to do a mail ballot?” he asks.

“Early in person?” he adds.

Silence turns into cheers when he asks about “Election Day.”

On Sunday in Bal Harbour, DeSantis pushed back on that preference, telling a packed Jewish community center to get to the polls as soon as possible to avoid a “mulligan” in two weeks.

“If you wait till Election Day, you get a flat tire, you can’t take a mulligan,” DeSantis said then. “Whereas if you vote early, you do it, you’re in the can. If something happens [while you’re on your way], you got another shot at it.”

“We can’t be complacent about this,” he added then.

“I encourage you not to wait until Election Day,” Val Demings, the Senate nominee challenging GOP Sen. Marco Rubio, wrote on Twitter on Monday.

Florida, a perennial swing state, is the site of several key races this midterm cycle, though Republicans there are optimistic about their chances given voters’ disapproval of President Joe Biden and concerns over the economy and inflation.

DeSantis, for example, is up by about eight points over Democratic opponent Charlie Crist, according to the FiveThirtyEight polling average. He and Crist, a former Florida governor, debated Monday during their lone face-off, in South Florida.

Though early in-person voting began less than a day ago, nearly 1.2 million Floridians have already sent in their mail ballots, state data shows. Michael McDonald, a political science professor and voter turnout researcher at the University of Florida, told ABC News that turnout for this midterm election is shaping up to be on par with 2018, which had the highest turnout of any midterm since 1914.

Registered Democrats have the edge in mail voting thus far, casting almost 50,000 more votes than their Republican counterparts, according to the state Divisions of Elections.

Yet Republicans, who have requested over 400,000 fewer mail ballots, are returning the ones they have at a higher rate. In Florida, whoever requested a mail ballot in 2020 was automatically sent one in 2022. Due to high Democrat mail turnout during the last presidential cycle, it is likely that the disparity in requests is due to the carryover from 2020 and not simply enthusiasm by Democrats about the voting method in 2022, McDonald said.

Historically, Democrats in Florida have turned out more than Republicans for early in-person voting while the GOP then sees larger numbers on Election Day.

But in 2020, as Democrats increasingly favored mail ballots amid the COVID-19 pandemic, Republicans also began to lead in early in-person voting. McDonald said.

“Republicans in the state of Florida don’t see as much of a threat from allowing those different forms of voting and promoting it, because they know that their campaigns are capable of turning their supporters out,” McDonald said.

“DeSantis has very, very deep pockets for his campaign. So they’ve got a machine that can do the voter mobilization,” he added.

Rubio, who is also seeking reelection, held a rally on Monday to promote early in-person voting. He has echoed some of Trump’s suspicions about other early voting methods. At a debate last week with Demings, Rubio said that “there’s danger involved in drop boxes” because someone could attack them.

Republicans in other states have both criticized early voting periods and encouraged their voters to use “whatever way you want,” as Arizona gubernatorial nominee Kari Lake put it earlier this month.

“If you have a mail-in ballot, I think that you should mail it in. I want people to vote,” Lake said then.

Separately, she recently suggested to ABC News that she didn’t like that “Election Day” had become “election season.”

Demings, for her part, has spent the last two days touring from the Panhandle to the Keys to get out the vote.

Although Democrats have a substantial mail-ballot request lead, many of those votes remain outstanding.

“The challenge is going to be for the Democrats to really motivate their voters. And if they can, we’ll start seeing it in the statistics,” McDonald said.