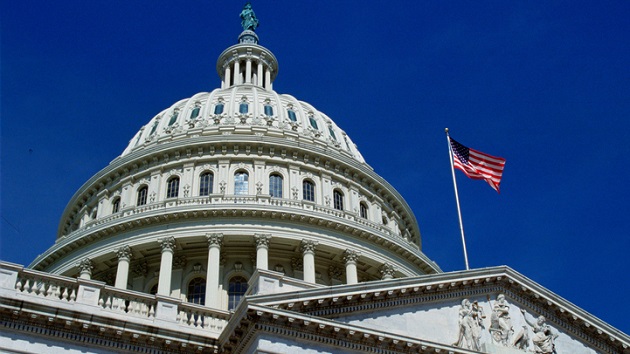 (WASHINGTON) — Politicians and family members are calling on Congress to step up and do more to help soldiers who were affected by potentially deadly diseases caused by toxic burn pits.

The Senate Committee on Veterans Affairs held a hearing Tuesday with Secretary for Veterans Affairs Denis McDonough testifying to discuss the Honoring our PACT Act, a bill that would expand veteran health benefits and improve care for illnesses brought on by burn pits and toxic exposure.

Burn pits are any open-air swaths of land dedicated to incinerating waste. They were commonly used on U.S. bases in Iraq and Afghanistan to dispose of items like medical waste, human waste, rubber, plastics and other materials that emit toxic fumes. Such items would be centralized in a given burn pit and lit ablaze with diesel or jet fuel.

The PACT Act would broaden the list of the conditions presumed to be related to one’s tenure of service. At present, eligible veterans receive disability payments for such conditions, but qualifying for benefits related to non-presumed conditions mandates they prove their illness is directly linked to their military duties.

The bill was passed by the House in early March, with 34 Republicans joining every Democrat in voting for it, but has yet to be voted on by the Senate.

Veterans Affairs has already been running a pilot program to establish protocol for creating new presumptive conditions, according to McDonough. The pilot, which is slated to end in April, uses “all available science” and claims data to determine new guidelines.

“Upon completion of that, which I anticipate is yet this spring, we’ll submit the whole thing for you to see, and you can see both what we’ve proposed and what the outside review of what we’ve proposed finds,” he said at the hearing. “The bottom line, in my view, about our new presumptive process is that we have to put the veteran at the center of the process, and we have to increase the sources of science available for us to make the decisions that we need to make.”

Sen. Bernie Sanders, I-Vt., quickly pushed back on whether this approach really centered the process around veterans, noting that while broader coverage can be more expensive, it at least allocates resources toward actual benefits.

“I would hope that we can all agree that if we’re spending $1 on VA health care, spend that on health care, not a bureaucracy to determine whether or not the veteran in fact, was exposed or not,” he stated.

Meanwhile, Sen. Jerry Moran, R-Kan., aired concerns echoed by critics of the bill, including several other Republican Congress members, saying, “[The PACT Act] also includes provisions that perhaps will stretch the VA beyond its operational capacity, effectively providing no guarantee that veterans will be able to access the benefits promised.”

McDonough acknowledged these concerns and stated the department has recently hired 1,742 new claim adjudicators to help ameliorate the current backlog of 240,000 claims. More adjudicators and staff would need to be hired to help ensure the promises of the PACT Act if passed, he said.

Sen. Mazie Hirono, D-Hawaii, later recognized this need and stated it was Congress’ duty to give Veterans Affairs the resources to implement the act, as veterans currently pay the price not only financially but also logistically.

The Senate committee estimated that up to 3.5 million veterans who served after Sept. 11 could have experienced exposure, and many may be suffering from illnesses that have yet to be diagnosed.

Prior to the committee’s hearing, Sens. Chuck Schumer, D-N.Y., and Kirsten Gillibrand, D-N.Y., and Rep. Raul Ruiz, D-Calif., held a press conference Tuesday outside the Capitol to address the urgency of passing the PACT Act. They were joined by several veterans, advocates and families of soldiers who died due to toxic exposure-related illnesses. Comedian Jon Stewart, who has long advocated for increased funding for those suffering from diseases brought on by burn pits, also attended the rally.

Schumer described the importance of the PACT Act as a nonnegotiable step in bringing closure and healing.

“We refused to face up to one of the biggest costs of those wars, and that is the health care needs of veterans who fought and sacrificed on our behalf,” he said. “It’s our job to make sure we take care of them once they come back.”

Gillibrand specifically talked about the link between exposure and disease, in the context of Sept. 11 survivors, first responders and witnesses.

“We know what toxins were released at these burn pits. We know that the smoldering toxins set fire by jet fuel, of plastics, of human waste, of medical waste, of building materials, of clothing, of any type of item, computers, electronics that could be burned,” Gillibrand said. “Those are the same things that were burned on 9/11, so that’s why we know the toxins that were released cause these cancers. And that’s why having a presumption that if you served and you’re sick, you are covered. That is our promise.”

Danielle Robinson, whose husband Heath served in Iraq and died from a rare kind of lung cancer in 2020, spoke about her devastating loss and described staying by his side during his last moments in hospice.

“I need all of you senators to understand what it is like to lay on the floor underneath your dying husband for seven hours, helping him die,” Robinson said.

While for many it is too late, Robinson called on senators to pass the PACT Act in the name of helping veterans currently battling illness, as well as those who may be diagnosed in the future.

“If you pass this Honoring Our PACT Act, you’re going to help so many veterans who are in the same situation, on hospice right now, for those that may have to come and hopefully to take care of those that have cancers that can be curable,” she said.