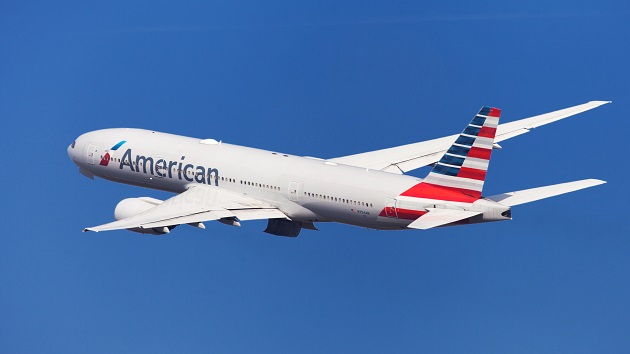 (AUSTIN, TX) — Amid a growing national discourse over ballot access, several major companies voiced concerns — and in some cases, outright objections — over bills that voting rights advocates say would make it harder to vote in Texas.

Dell and American Airlines specifically called out Texas Senate Bill 7 and its version in the House, House Bill 6, while AT&T took a broader look at the complexity of elections, the responsibility of lawmakers, and a broader “responsibility to engage.”

“Instead of seeking to limit access, governments should provide innovative pathways for citizens to have their voices heard. Legislation like HB6 does the opposite, and we are opposed to it,” a statement from Dell, that added that voting rights had been especially “hard-earned” by “women and communities of color,” said.

The Senate bill also prohibits election officials from sending out mail voting applications to voters if they did not individually request the forms, and requires disabled voters to provide specific proof of disability from the federal government or a physician.

That same day, the Texas House Elections Committee heard testimonies about their chamber’s version of the bill. While HB6 echoed the Senate bill’s provisions regarding mail ballot solicitation, it also included new rules for how voters could be assisted with filling out their ballots and expanded the access poll-watchers could have within polling places.

“To make American’s stance clear: We are strongly opposed to this bill and others like it. As a Texas-based business, we must stand up for the rights of our team members and customers who call Texas home, and honor the sacrifices made by generations of Americans to protect and expand the right to vote,” the statement said.

Although none of the companies explicitly indicated an intent to explore economic ramifications against the state or its Republican lawmakers if the bills were made into law, their statements were a signal that some of the biggest corporate stakeholders — and employers — in Texas are keeping track of the bills.

In a statement issued on the heels of American Airlines’ comment, Texas Lieutenant Gov. Dan Patrick alleged the airline giant’s government relations representative called his office minutes before and “admitted that neither he nor the American Airlines CEO had actually read the legislation.”

“Texans are fed up with corporations that don’t share our values trying to dictate public policy. The majority of Texans support maintaining the integrity of our elections, which is why I made it a priority this legislative session,” Patrick said.

The Republican-led focus on “election integrity” comes just months after voter turnout reached new heights across the Lone Star State in the lead-up to the pandemic-era 2020 election — and after Texas Democrats laid out their roadmap for flipping the state blue in coming years.

Texas-based voting rights advocates decried the efforts as being especially detrimental to voter groups that traditionally make up Democrats’ base.

“These bills, if passed, are going to make it harder [to vote] and aim specifically to suppress minority voter turnout. They would undermine the ability of local election officials to encourage voter participation and they create new barriers for voters themselves,” U.S. Rep. Marc Veasey, a Democrat from Texas, said of the bills on a press call with reporters.

Meanwhile, some disability advocates say the parameters set by SB7 would make disabled voters face an equivalent of a poll tax, given that not every disabled person who is eligible to vote is also able to present an official, documented diagnosis like the legislation demands.

With high political stakes on the line, Charlie Bonner, a spokesperson for the grassroots group MOVE Texas, suggested the legislative push could ultimately backfire on Republicans.

“I think what we’ve seen time and time again, is Texans hate a cheater. They see what’s happening now — that Gov. (Greg) Abbott and his cronies in the House and Senate can’t win on the issue, so they’re trying to change the rules. People see that and they understand what’s happening,” Bonner told reporters during a recent call.