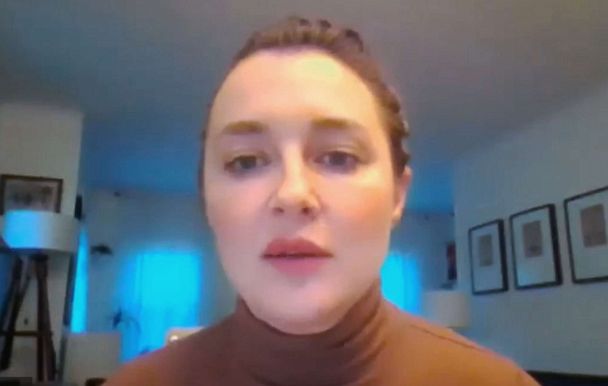 (ALBANY, N.Y.) — Dozens of officials in Gov. Andrew Cuomo’s administration, including his top aide Melissa DeRosa, have been reportedly subpoenaed by the New York State attorney general’s office as part of his sexual misconduct probe.

DeRosa, who was an active part of the state’s pandemic response effort, was subpoenaed, according to a Wall Street Journal report published Friday, citing people familiar with the matter. Those hit with subpoenas were reported to have been asked to produce documents relevant to the probe.

Women who have accused Cuomo of inappropriate behavior and spoke with investigators said they were asked about their interactions with DeRosa, according to the Journal.

The New York State attorney general’s office told ABC News that it had no comment at this time on the report.

Ana Liss, who served as a policy and operations aide to Cuomo from 2013 to 2015 and claimed Cuomo behaved inappropriately with her by asking if she had a boyfriend and kissing her hand on one occasion, told the Journal she was asked about DeRosa’s behavior in the workplace.

“They were trying to figure out if I was targeted by Melissa,” Liss said.

Liss told investigators she didn’t interact much with DeRosa, who served as Cuomo’s director of communications at the time.

Paul Fishman, a lawyer representing Cuomo’s administration, said the subpoenas should come as no surprise in the probe.

“No one should be surprised that the AG’s office is issuing requests for documents and interviewing witnesses, including many who work for the governor. That happens in every investigation, and it’s wildly premature to speculate what it means. Good, thorough, and fair investigations take time,” Fishman said to the Journal. DeRosa’s lawyer referred the Journal to Fishman for comment.

Debra Katz, the attorney for Cuomo accuser Charlotte Bennett, told Bloomberg that her client’s descriptions of DeRosa and other high-ranking women in Cuomo’s office align with a pattern she’s found in her sexual harassment cases. “When you have high-profile powerful people who engage in repetitive sexual harassment, they always have enablers,” Katz said.

DeRosa joined Cuomo’s staff in 2013 after working as deputy chief of staff to then-Attorney General Eric Schneiderman. In 2017 she became secretary to the governor overseeing his Executive Chamber and other state agencies.

She has also been part of the state’s handling of nursing home policies in the pandemic.

Cuomo and his administration are under fire after an attorney general report revealed they underreported the number of COVID-19 nursing home deaths by as much as 50%.

In a Feb. 10 meeting with state legislators DeRosa said the state feared releasing the data on nursing home deaths over concerns that the numbers would be politicized by former President Donald Trump’s administration.

At least seven women, including several who used to work with Cuomo’s administration, have accused the governor of inappropriate behavior, unwanted advances and other misconduct.

Cuomo has vehemently denied that he ever engaged in sexual misconduct.

“Women have the right to come forward and be heard, and I encourage that,” Cuomo said in a press conference earlier this month. “But I also want to be clear: There is still a question of the truth. I did not do what has been alleged.”

He’s currently under two investigations for his alleged misconduct with women — one led by the state assembly and the other by the Attorney General’s office.