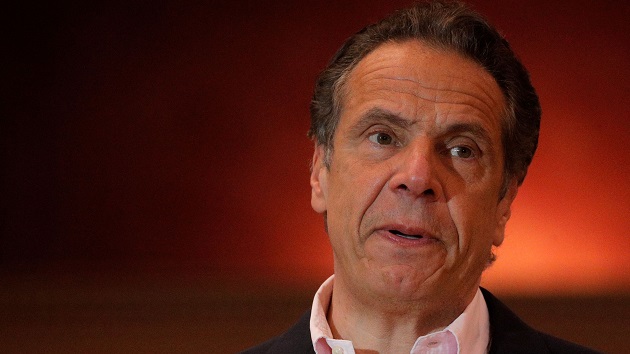 The Emergency or Disaster Treatment Protection Act was enacted last year in the pandemic and was designed to give health care centers and staffers immunity from liability.

The repeal comes as Cuomo’s administration is under a federal investigation for the handling of COVID-19 nursing home deaths. Cuomo’s handling of the crisis, coupled with sexual misconduct allegations against the governor, are leading to some calls for him to step down.

“Tonight I am thinking of those who lost loved ones in nursing homes. This moment is thanks to their tireless advocacy and persistence,” she added in the tweet,

Cuomo’s office did not immediately respond to ABC News’ request for comment.

Balboni told ABC News that the law enacted in the early days of the pandemic was designed to give immunity to doctors being called into the field and short-staffed facilities that were “all hands on deck.” He noted that health care facilities and staffers could still be sued over gross negligence.

“To do this now seems to be piling on an industry that has already had so much death and devastation. And I don’t really see how this is going to help anybody … This is is an opportunity to rebuild better. And we’re not doing that, we’re still in the mode of casting blame,” he said.

The Greater New York Hospital Association also opposed the repeal, saying the public health threat is far from over.

“This pandemic is not over. We remain concerned about potential future surges as the coronavirus reinvents itself through variants and mutations, even as vaccinations increase,” Conway said.

In New York there have been more than 40,861 COVID-19 deaths and more than 1.9 million COVID-19 infections, according to state data.

In March, Cuomo released a nursing home guidance that patients were allowed to reenter nursing homes even if they had COVID-19. Cuomo rescinded that order in May 2020.

In January 2021, New York Attorney General Letitia James released a report stating Cuomo’s office understated the toll of COVID-19-related deaths in state nursing homes by as much as 50%. That report stated that many nursing home residents died from coronavirus in hospitals after being transferred out of nursing homes, yet their deaths weren’t published in total nursing home death data.

In February, it became known that at least 15,000 long-term care facility residents had died statewide during the pandemic. In late January, the state said 8,700 had died, a figure that didn’t include residents who died after being transferred to hospitals.