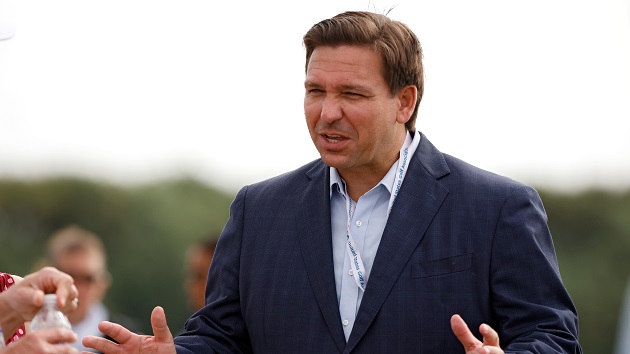 Gov. Ron DeSantis signed the controversial Senate Bill 7072 into law Monday, which imposes fines of $250,000 per day on any social media company that de-platforms candidates for statewide office and $25,000 per day for de-platforming candidates running for local office, according to a statement from the Republican governor’s office.

DeSantis, an ally of former President Donald Trump, first signaled his support of the legislation in early February — shortly after social media companies cracked down on Trump’s accounts citing risks of violence in the wake of the Jan. 6 mob at the U.S. Capitol building. Trump is now a resident of Florida.

“If Big Tech censors enforce rules inconsistently, to discriminate in favor of the dominant Silicon Valley ideology, they will now be held accountable,” DeSantis said in a statement shortly after signing the bill into law.

The 22-page legislation, among other things, requires social media companies to publish detailed standards on how it determines “how to censor, deplatform, and shadow ban” users. It also prohibits social media platforms from censoring “a journalistic enterprise based on the content of its publication or broadcast,” with exception for obscene material.

The law is aimed at “Big Tech” and applies to online platforms that have at least 100 million monthly individual participants globally, according to text of the legislation.

The text of the law has an exception, however, for online platforms operated by “a company that owns and operates a theme park or entertainment complex,” such as The Walt Disney Company.

“When it comes to free speech, a website is no different from a newspaper or a parade: it has a fundamental right to decide what speech it will allow, and what speech it won’t, on its platform,” Barthold said in a statement. “Florida is trying to force a few large platforms to host speech they otherwise wouldn’t.”

“This kind of blatant content- and speaker-based discrimination is unconstitutional,” Barthold added. “And as if that weren’t enough, the law contains a carveout for Disney!”

Matt Schruers, the president of the Computer & Communications Industry Association, a nonprofit tech sector trade group, also called the bill “unconstitutional” in a statement, noting to the loophole for theme park operators.

“The First Amendment prohibits the government from compelling or controlling speech on private websites,” Carl Szabo, the president and general counsel at Net Choice, told ABC News in a statement. “By forcing websites to host speech, this bill takes us closer to a state-run internet where the government can cherry pick winners and losers.”

Similar legislation has been proposed in states including Arizona and Utah, though they were not passed into law. In Utah, a proposal made it to the governor’s desk before it was vetoed.

Earlier this month, Facebook’s quasi-independent oversight board upheld the company’s decision to ban Trump but said the ban should not to be indefinite.

In January, Twitter’s chief executive, Jack Dorsey, stood by the company’s decision to ban Trump from the platform but admitted that the action sets a “dangerous” precedent.