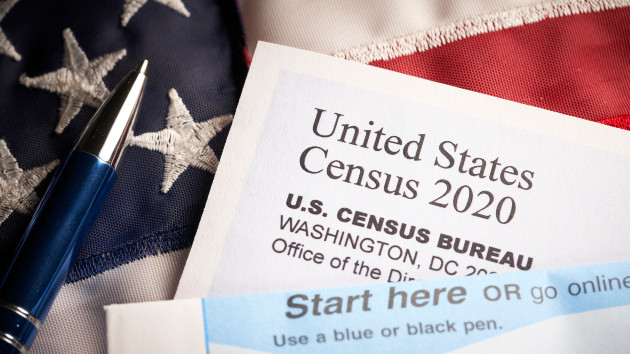 (WASHINGTON) — The Census Bureau on Thursday released the first district-level 2020 census results, setting off redistricting battles that could help determine whether Republicans or Democrats win control of the House of Representatives in the 2022 midterm elections.

The data will not only trigger a rush to redraw congressional and state legislative districts across the country, amid voting rights fights, but also are expected to show how the United States has grown more diverse.

Populations of people of color have grown, while the white population of the United States has shrunk, according to the Washington Post’s preview of the data. Six states and the District of Columbia may now have majority-minority populations.

“Republicans enter this redistricting cycle with the power to redraw 187 congressional districts to Democrats’ 75, which means redistricting could hand control of the House of Representatives back to Republicans in 2022 all by itself,” FiveThirtyEight’s Nathaniel Rakich writes.

Many state legislatures and commissions have already begun to discuss the maps of new congressional and legislative districts, but were waiting for the census data — delayed by the pandemic — before drawing maps.

According to FiveThirtyEight’s redistricting tracker, developed in conjunction with ABC News, at least nine states have upcoming preliminary or final deadlines in fall 2021 for either drafts of or final congressional district maps.

Six states are set to add congressional seats, seven states will each lose one seat and the remaining 37 states will keep the same number of congressional districts, the Census Bureau’s acting director announced in April.

ABC News’ Quinn Scanlan and Rick Klein to this report.