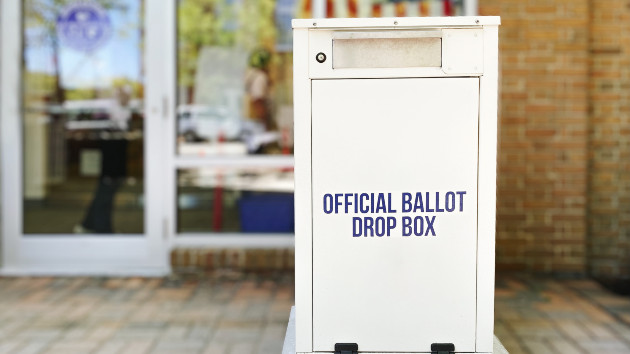 The newest referrals bring to 18 the total number of harassment and intimidation complaints that Arizona officials have elevated to law enforcement since early voting began in midterm elections across the state.

Secretary of State Katie Hobbs, who is also the Democratic candidate for governor in Arizona, elevated the latest complaints to local law enforcement officials, the Arizona attorney general’s office, the Justice Department, and the FBI, officials said.

“Voters should be able to cast their ballot without fear of intimidation,” Hobbs’ spokesperson, Sophia Solis, said in a statement to ABC News. “We encourage anyone who experiences intimidation at a voting location to contact their county recorder, Secretary of State’s Office, or law enforcement.”

U.S. District Court Judge Michael Liburdi, in an unexpected reversal of an earlier ruling in a related case, granted a motion last Tuesday for a restraining order in a case consolidating a lawsuit brought by the nonprofit advocacy groups Arizona Alliance for Retired Americans and Voto Latino with a similar suit brought by the League of Women Voters of Arizona.

Both lawsuits accused Clean Elections USA and the group’s founder, Melody Jennings, of carrying out surveillance of voters in a “coordinated vigilante intimidation campaign” at ballot drop box locations, “with the express purpose of deterring voters … from depositing their ballots.”

The group is also banned from accusing individuals of committing voter fraud solely based on the fact they deposited multiple ballots in a drop box, and from making false claims about Arizona laws that permit people to return ballots in a drop box on another person’s behalf in exceptional circumstances.

Addressing Clean Elections USA and its founder’s promotion of a false claim accusing some voters of being so-called “ballot mules,” Liburdi ordered Jennings to write a post on Truth Social stating that there are several reasons why voters in Arizona can legally return more than one ballot to a ballot drop box site. Per the judge’s order, Jennings’ post also included the relevant Arizona law on returning more than one ballot.

Jennings did not comment when contacted by ABC News.

The one report of alleged election worker harassment detailed a menacing message sent to three election employees. “Remember the French Revolution of 1799??” it said.