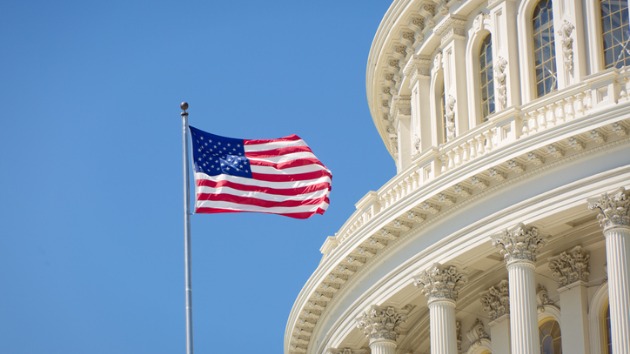 “Our objective for this review is to determine the department established adequate measures for ensuring the safety and security, the members of Congress their staff and the Capitol Complex,” Bolton said before the committee.

Bolton’s report, reviewed by ABC News, said Capitol Police were ill-prepared for the events on Jan. 6, had faulty equipment and did not share intelligence.

Intelligence leading up to that date — when a riot at the Capitol left five people dead and led to the second impeachment of then-President Donald Trump — was not shared or acted upon, the inspector general found — and some of the problems still persist.

“USCP did not clearly document channels for the distribution of intelligence up to the Chief of Police, down to line officers and across departmental entities,” the report reads.

The IG report found inconsistencies between the Capitol Police analysis report produced shortly before Jan. 6 and the executive summary of that report. Specifically, there was “alarming” language left out of the summary.

“Supporters of the current President see January 6, 2021, as the last opportunity to overturn the results of the presidential election,” the intelligence not included in the summary reads. “This sense of desperation and disappointment may lead to more of an incentive to become violent.”

A threat assessment attached to the Inspector General report makes clear where some viewed the target.

“Unlike previous post election protests, the targets of the pro-Trump supporters are not necessarily the counter protesters as they were previously, but rather Congress itself is the target on the 6th,” the report said. “Stop the Steal’s propensity to attract white supremacists, militia members, and others who actively promote violence may lead to a significantly dangerous situation for law enforcement and the general public alike.”

U.S. Capitol Police’s intelligence capabilities were not only in need of improvement, there were no standards set for the intelligence division, according to the report.

“The Department did not establish training, certification, or professional standards for its intelligence analysts,” the report says.

Appendices attached to the report of a timeline provided by Capitol Police also show Capitol Police Chief Steve Sund requested National Guard help at 2:26 p.m. just as insurrectionists were breaking through into the Capitol.

“We don’t like the optics of that,” Army Staff Secretary Walter Pitt responded at the time, according to the report.

The inspector general’s investigation found that the riot gear Capitol Police had access to was more than 20 years old in some cases. The riot shields used by some officers in the department’s Civil Disturbance Unit were shattered, various officers reported to the inspector general.

Officers also reported having no organized way to obtain non-lethal weapons to help quell the crowd and reported there was no way for riot shields stored off-site and brought to the Capitol on a bus to be distributed to officers due to a locked door.

Non-lethal weapons weren’t used in some cases because they weren’t available, officers did not feel comfortable using them, because of the age of the weapons and due to a lack of training.

In a statement on Wednesday, U.S. Capitol Police said the department welcomed the Inspector General review and that it has made some changes but “acknowledges much additional work needs to be done.”

The report is one of three the IG is planning to produce on the Jan. 6 insurrection.
Suspect in Capitol attack ‘intentionally struck’ officers: Police

The Capitol Police Union said earlier this month that the department is reeling from the events of Jan. 6 that left Officer Brian Sicknick dead and from the subsequent death of USCP Officer William “Billy” Evans, who died after a person rammed his car into a barricade outside the Capitol in early April.

“I could not be prouder of them. They continue to work even as we rapidly approach a crisis in morale and force numbers,” Union Chairman Gus Papathanasiou said. “We are struggling to meet existing mission requirements even with the officers working massive amounts of forced overtime.”