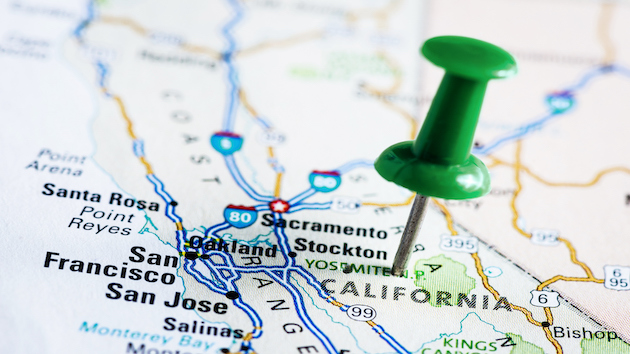 (SACRAMENTO, Calif.) — A California task force’s decision to limit reparations for slavery to people who can trace their lineage to free and enslaved Black people living in the U.S. during the 19th century has drawn criticism from task force members and experts who say the decision makes eligibility difficult to prove and narrows slavery’s impact on African Americans today.

The committee, convened in 2020 through legislation signed by Gov. Gavin Newsom, delayed deciding who would be eligible for reparations in February. Some members wanted reparations to go solely towards descendants of Black people during the 19th century while others argued financial reparations should go to all Black people in the state regardless of lineage, including Caribbean and African people.

The task force voted 5-4 in favor of limiting compensation to direct descendants.

Civil rights attorney Lisa Holder, a member of the task force, argued in favor of expanding the pool of those receiving reparations.

“Anyone who has some proximity to those harms and is a person with black skin needs to be included in the broader class, then we can decide, to then differentiate in terms of who gets more reparations, but we can’t just exclude people who were harmed, right off the bat,” Holder said before the vote Tuesday.

“And so we’re talking about…reparations being the opportunity for African Americans who are foundational, to this country, being able to identify themselves and be identified as a distinct group,” Lewis said at the hearing.

Tony Burroughs, the founder and CEO of the Center for Black Genealogy, told ABC News there are several issues with using family lineage to determine reparations. One is faulty oral history – family stories changing as they are passed down from generation to generation. Another is that many records of those enslaved are not readily available, as there is limited written history of enslaved people.

Names also pose a problem for those seeking compensation, Burroughs said. Family names may have changed since the 19th century. Names were also spelled differently back then, he said.

The task force also faces questions about what constitutes reparations.

“Direct cash payments, is only one form but then there’s also restitution… And then satisfaction in the more symbolic forms of reparations, like a formal apology commemoration,” Kamilah Moore, an attorney and chair of the task force, told ABC News.

And while the task force can create recommendations, their findings will not automatically become law. It will then have to be taken up by the California legislature before it can reach the governor’s desk to become law.

“That’s our biggest hurdle of finding 41 votes on the assembly side once we’re finished with this project, and 21 on my side of the house, to get this to the governor’s desk, and hopefully he’ll add his signature to whatever we come up with that we feel will not make people whole, but at least try to recognize and address it makes a level of atonement,” California state Sen. Steve Bradford, a task force member, told ABC News.

Reparations have been paid out to other groups in the past. The federal Civil Liberties Act of 1988 granted reparations to Japanese Americans who were interned by the U.S. government in camps during World War II. The act gave each surviving victim an official apology and $20,000.

“There were a lot of folks who weren’t born during World War II, when the Japanese were interned, but the state in this country found a way to pay reparations to Japanese Americans…we have been at the table making sure that they were made whole,” Bradford told ABC News.

The task force says it plans on publishing its first report findings in June, focusing on the history of enslavement, and its effects on African Americans including mass incarceration, poverty and Jim Crow-era segregation.

The task force’s recommendations, regardless of the outcome, could set a precedent for the rest of the nation on reparations for slavery.

“It is often said, so goes California so goes the nation, this is where this nation should be,” Bradford said. “They should be following the lead of California on reparations… there’s still a lot of healing that needs to be done not just in California but in this country, and we’re willing to step out and lead by example. So I hope they follow the work that we’re doing here in California.”