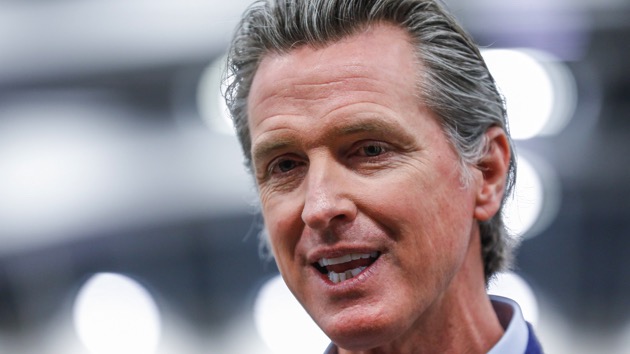 (NEW YORK) — California Gov. Gavin Newsom said Tuesday on ABC’s The View that he was worried about the potential for a recall.

Newsom told co-hosts that although this is the sixth recall effort launched against him, he believes organizers have the signatures to send the question to a statewide ballot.

Newsom has faced controversy over his handling of the pandemic in California that has resulted in an attempted recall. Organizers of the recall, who say the movement is nonpartisan and grassroots, need to submit just under 1.5 million verified signatures in order to send the measure to a statewide ballot. The secretary of state last updated the verified signature count in early February and reported just under 670,000 verified signatures, but organizers now claim they have over 2 million signatures.

If the threshold is reached, voters would then decide whether to recall Newsom. If they do vote “yes,” they would then pick from a list of candidates to replace him. An unlimited number of candidates can file to appear on the ballot. In 2003, during the recall of former California Gov. Gray Davis, former Gov. Arnold Schwarzenegger was the top pick.

Democrats began rolling out supportive videos and a fundraising effort to support Newsom on Monday, drawing on the backing of progressive lawmakers across the country, including Sens. Elizabeth Warren and Bernie Sanders. Stop the Republican Recall, which is funded primarily by the California Democratic Party, has attempted to tie the recall effort to the Republican Party and the Capitol insurrection on Jan. 6. The group has also argued that removing a sitting governor, who is trying to temper the widespread effects of the coronavirus pandemic, would be damaging to the state.

On Monday, an aide said that Vice President Kamala Harris reiterated her support for the governor amid the recall effort, according to a readout from the White House.