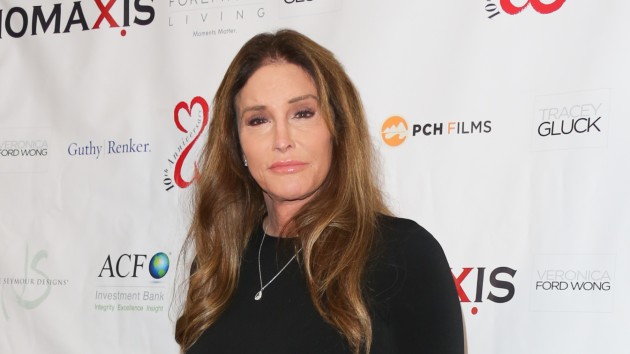 “The American Dream grew up here, yet career politicians and their policies have destroyed that dream,” Jenner says in the three-minute ad that made its debut on ABC’s Good Morning America.

“I came here with a dream 48 years ago, to be the greatest athlete in the world,” she says over clips of her as athlete in the 1970s interspliced with present-day footage. “Now I enter a different kind of race, arguably my most important one yet: to save California.”

Jenner, who gained international fame as a world record-breaking Olympic gold medalist in 1976 and came out publicly as a transgender woman in 2015 first to ABC’s Diane Sawyer, filed paperwork last month in her bid to replace Democratic Gov. Gavin Newsom — putting a Hollywood-sized spotlight on an increasingly likely recall election in the Golden State.

In one of the first looks at her campaign, Jenner’s ad juxtaposes nostalgic images of old California with videos of homelessness, fires and closed businesses, as the lifelong Republican says she’s running for office to combat big government, which she says has “taken our money, our jobs and our freedom.”

“I want to carry the torch for the parents who had to balance work and their child’s education, for business owners who are forced to shut down, for pastors who are not able to be with their congregation, for the family who lost their home in a fire, for an entire generation of students who lost a year of education,” says Jenner, who is seeking office for the first time.

The video does not mention either the coronavirus pandemic or Newsom by name, but includes apocalyptic pictures of the impact of the virus on California as well as anti-lockdown messaging.

“This past year has redefined our career politicians as elitists,” Jenner says, speaking over clips of Newsom dining indoors without a mask at a French restaurant and House Speaker Nancy Pelosi visiting a hair salon last year while the state was under stay-at-home orders, for which both politicians received backlash. Newsom apologized at the time for what he called “a bad mistake,” while Pelosi said the San Francisco salon owed her an apology for what she deemed was “clearly a setup.”

“California — it’s time to reopen our schools, reopen our businesses, reopen the golden gates, so I don’t care if you’re a Republican or a Democrat — I’m ready to be governor for all Californians,” Jenner says, appearing to combine lines from the political playbooks of both former President Donald Trump and President Joe Biden.

The 71-year-old Jenner, whose political stances have evolved through the years, identifies as “economically conservative, socially progressive.” After supporting Trump in the 2016 presidential election, she revoked her support in 2018, citing the administration’s attacks on the transgender community.

But Tuesday’s video launch and her springboard into the campaign season comes after Jenner said over the weekend that she opposes transgender girls competing in girls’ sports in school. The former athlete appears to be siding with the Republican Party’s recent wave of anti-trans legislation being considered in at least 31 states, calling measures regarding youth competing in girls’ sports at school “a question of fairness.”

“That’s why I oppose biological boys who are trans competing in girls’ sports in school. It just isn’t fair. And we have to protect girls’ sports in our schools,” Jenner told TMZ on Saturday — a shift from the 2015 ESPY Awards when she received the Arthur Ashe Courage Award and voiced support for trans athletes.

While appearing to distance herself from Trump, Jenner has met with Republican strategists with ties to the former president, including Governors Association Executive Director Dave Rexrode and former Trump campaign manager Brad Parscale. Jenner’s campaign website is operated by Nucleus, a platform created by Parscale to “protect” conservatives against “cancel culture.” The ad released Tuesday was created by Parscale and his team.

Jenner publicly announced her bid in a statement on April 23, criticizing what she called California’s “one-party rule that places politics over progress and special interests over people,” and knocking Newsom, whom she has repeatedly called out on social media, saying he’ll “order us to stay home but goes out to dinner with his lobbyist friends.” She also launched a website which so far includes only a landing page with a brief introduction, a merchandise shop, and a donation portal via WinRed, a Republican fundraising site.

Newsom — who has the backing of the California Democratic Party and prominent leaders like Pelosi and Vice President Kamala Harris — has called the Republican recall effort a threat to California values that will hinder the progress he says the state has made on COVID-19, climate change and anti-gun violence since he took office in 2019.

This is the sixth official recall attempt Newsom has faced, but the first one expected to make it onto the ballot, igniting what could be the political fight of his life. Fueled by frustration over his handling of the pandemic and allegations of government overreach, recall organizers exceeded the 1.5 million signatures needed to advance the effort to a statewide ballot last month. The recall petition was introduced in February 2020.

“This now triggers the next phase of the recall process, a 30-business-day period in which voters may submit written requests to county Registrars of Voters to remove their names from the recall petition,” California Secretary of State Secretary Weber said, explaining that 100,000 signees would have until June 8 to withdraw their names in order to stop the recall election from moving forward — a turnabout that election experts say is unlikely.

Once the effort officially qualifies for the ballot, an election will be held and voters will be asked a two-part question: Do they want to recall Newsom, and if so, who they would like to replace him with?

In addition to Jenner, other Republicans vying for that spot so far include former San Diego Mayor Kevin Faulconer, 2018 GOP gubernatorial nominee John Cox, and former GOP Rep. Doug Ose. If Newsom wins, he could stay in office at least through 2022 when he is back up for reelection.

A March poll by the Public Policy Institute of California of 1,174 likely voters found that 56% opposed a recall of Newsom and 40% supported one — with views breaking along party lines, and the remaining 5% unsure. A January survey from the same organization found Newsom’s approval rating at 52%, compared to 49% in January 2020 and 43% in January 2019.

Newsom is expected to be only the second governor in California history to face a recall election. The first was Democratic Gov. Gray Davis, who was successfully recalled and removed from office in 2003 by then-Republican candidate and Hollywood star Arnold Schwarzenegger.

Similar to 2003, Jenner is leaning into her celebrity fame and name recognition. But in deep-blue California, where Democrats currently outnumber Republicans by a nearly 2-to-1 margin, it could be difficult for a one-time Trump supporter to find a path — especially one who supports a platform that critics say harms transgender youth.

Samuel Garrett-Pate, a spokesperson for Equality California, the largest statewide LGBT+ nonprofit organization in the U.S., says Jenner is still tethered to the Trump administration’s discriminatory policies against LGBT+ Americans despite her public reversal, pointing to how she’s “hired Trump’s former inner circle to run her campaign.”

“Now Caitlyn wants the trans community to trust her at a time when their civil rights and very humanity are under threat across the country? Not a chance,” Garrett-Pate said in a statement to ABC News.

Garrett-Pate also said that Jenner’s comment opposing trans youth playing sports “isn’t just deeply harmful to transgender and gender-nonconforming kids, some of whom looked up to her; it’s also wildly out of step with California voters, who overwhelmingly oppose discrimination against transgender people.”

Palm Springs Mayor Pro Tem Lisa Middleton, the first transgender person to be elected to political office in California, also criticized the former Olympian for taking a public stance against a community she has represented on TV.

“By stepping up this weekend, and adding her name to those attacks, Caitlyn Jenner used, frankly, one of the first opportunities she has had since declaring her candidacy to come out in opposition to transgender youth,” Middleton told ABC News, adding, “If you’re with Donald Trump on one day, and then condemning him for attacks on transgender children the next day, and then hiring his advisers on the third day, I don’t think you’re a friend of the transgender community.”