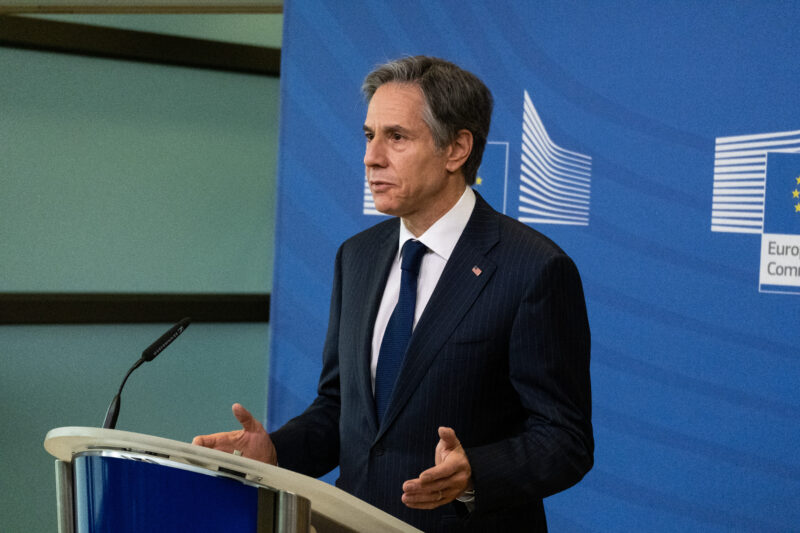 (WASHINGTON) — Secretary of State Antony Blinken repudiated the Trump administration’s approach to human rights, with his most direct condemnation of his predecessor yet.

Blinken launched the department’s 45th annual human rights report Tuesday — the gold standard in documenting abuses and atrocities in nearly 200 countries and territories around the world. The report, which covers 2020, found a further deterioration for human rights in many countries, particularly as governments used the coronavirus pandemic to curb their citizens’ rights.

The first report under the Biden administration also included changes that eliminated the conservative take of the Trump years, like ending former Secretary of State Mike Pompeo’s “hierarchy” of rights and re-introducing a section on women’s reproductive rights that will be published later this year.

When human rights defenders “come under attack, they often look to the United States to speak up on their behalf. Too often in recent years, these defenders heard only silence from us,” Blinken said. “We are back for those brave advocates as well. We will not be silent.”

In particular, Blinken “decisively” repudiated Pompeo’s “Unalienable Rights Commission,” a panel of academics that said in a report last July that freedom of religion and right to property were the most important human rights. While Pompeo touted the report and said it would lay a foundation for future administrations, critics accused it of minimizing minority rights.

Blinken essentially jettisoned the report, saying Tuesday, “There is no hierarchy that makes some rights more important than others. Past unbalanced statements that suggest such a hierarchy, including those offered by a recently disbanded State Department advisory committee, do not represent a guiding document for this administration.”

Human rights are increasingly under threat around the world, Blinken said, saying the trendlines “are in the wrong direction.”

In particular, he highlighted what he called the Chinese government’s genocide of Uighurs and other Muslim ethnic minorities in Xinjiang province, attacks on civil society and political opposition in Russia, Uganda and Venezuela and on pro-democracy protesters in Belarus, war crimes in Yemen, atrocities “credibly reported” in Ethiopia’s Tigray region, and abuses by the Syria’s Bashar al-Assad’s regime.

While the report doesn’t touch on Myanmar’s coup and the military’s bloody crackdown on protests, because they happened in 2021, Blinken took time to again condemn the events. But after weeks of steadily increasing U.S. sanctions that have not deterred the ruling junta, he had no specific answer on what else the U.S. could do to change the darkening trajectory there.

Blinken also leaned into America’s own human rights issues, particularly the moment of racial reckoning in the last year. Chinese officials and state-run outlets have increasingly raised U.S. race relations to say American officials are in no position to criticize Beijing — comparing Uighur slave labor in Xinjiang to Black slaves in the U.S. South.

“We know we have work to do at home. That includes addressing profound inequities, including systemic racism. We don’t pretend these problems don’t exist. … We deal with them in the daylight with full transparency, and in fact, that’s exactly what separates our democracy and autocracies,” he said, adding that open reckoning gives the U.S. “greater legitimacy” to address other countries’ records, too.

The Biden administration will use all tools available to impose consequences on human rights abusers and encourage better behavior, Blinken said, including the new Khashoggi policy that imposes visa restrictions on officials that target or harass their countries’ dissidents.

“Standing up for human rights everywhere is in America’s interests, and the Biden-Harris administration will stand against human rights abuses wherever they occur, regardless of whether the perpetrators are adversaries or partners,” he said.