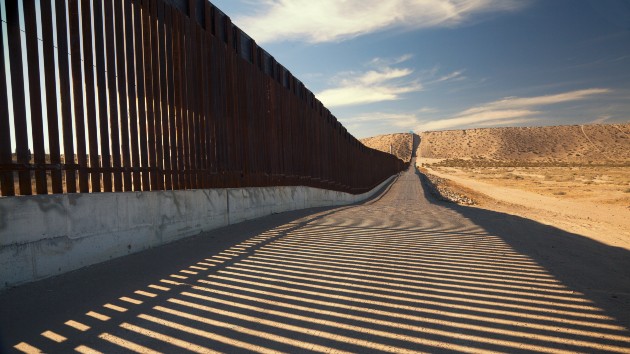 (WASHINGTON) — The Biden administration has determined that more than 3,900 children were separated from their families along the Southwest border after the Trump administration launched its controversial “zero-tolerance policy,” and — while several hundred children were returned to their home countries — fewer than 60 families are now in the process of being reunited, sources familiar with a new report from the Biden team told ABC News.

The report has yet to be released publicly, but its findings mark an official assessment from the Department of Homeland Security and other federal agencies of how many children were actually impacted when the Trump administration decided to take what many considered drastic steps to fight illegal immigration. The report’s findings also reflect how difficult and challenging it is to repair the damage that was done under the previous administration, a Homeland Security official said.

The report — expected to be made public in the coming days — is an initial progress review from the administration’s Family Reunification Task Force, which Biden created in February. It is chaired by Homeland Security Secretary Alejandro Mayorkas.

The task force determined that of the more than 3,900 children separated between July 2017 and January 2021, nearly 400 of them have already been repatriated to their country of origin. And for those children still inside the United States without their parents, Biden’s task force is offering their families an option to come to the United States. It has approved a total of 62 family members for entry into the country — an initial group that includes four families already reunited, according to the task force’s report.

The report cites the unfolding humanitarian crisis and the benefits of having behavioral health services available in the United States for allowing those family members to come into the United States, the source said.

Asked why so few families are currently in the process of being reunited, the Homeland Security official noted that it is a “giant task,” requiring coordination across several U.S. government agencies. But the “biggest hurdle” for the Biden administration has been getting parents “to trust the government again,” the official said.

As a method of attempting to reunite families quicker, advocacy groups filed class action lawsuits against the government.

Nearly 1,700 separations that were previously categorized by the government as out of the scope for those lawsuits may fall within the executive order that created the task force, the source told ABC News.

Previous media accounts estimated that as many as 4,000 children were separated from their families under the Trump administration.

“It is our moral imperative to not only reunite the families, but to provide them with the relief, resources, and services they need to heal,” Mayorkas recently said in a statement about the task force he chairs.

Bryan Chavez, who came to the United States more than three years ago from Guatemala, was one of the first separated children to be recently reunited with family — just days before Mother’s Day last month. He saw his mom for the first time in years after she came through a U.S. port of entry in California. Her son was on the other side, waiting with a bunch of balloons that read “Best Mom Ever.” They cried as they hugged each other.

Shortly afterward, he told ABC News it was all so incredible.

“It feels like a dream. I was in the car — like this is finally happening. I’m really going to be reunified with (my mother) after all this time,” he said.

The Justice Department’s inspector general recently concluded that former Attorney General Jeff Sessions was the “driving force” behind the Trump administration’s zero-tolerance policy, as he sought to deter migration to the United States from Central America.

Vice President Kamala Harris traveled to Central America this week to help address the issue. In Guatemala on Monday, she said people do not want to leave their home country but flee due to threats against them or “because they simply cannot satisfy their basic needs by staying at home,” and they need “a sense of hope that help is on the way.”