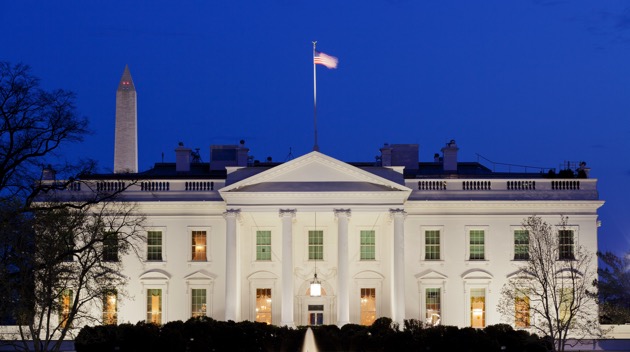 (WASHINGTON) — The White House is the setting of some of the most historic and priceless furniture in America which now includes a crib.

President Joe Biden and First Lady Jill Biden revealed they have moved a crib into their new home to accommodate their 10-month-old grandson, Beau, the son of Hunter Biden and his wife Melissa.

“We used to have two sets of bunk beds at home,” the president shared in a new interview with People magazine. “[The grandchildren] outgrew them. Although we now have one little 10-month-old.”

“So there’s a room with a crib,” added Jill Biden.

Baby Beau, who’s named after the president’s late son, Beau Biden III, who died of brain cancer in 2015 at the age of 46, was front and center on Inauguration Day last month, seen in a bonnet and plaid coat at President Biden’s swearing-in and then dancing in his grandfather’s arms during the inauguration concert later that night.

If we're talking Inaugural fashion, this guy gets my vote #BabyBiden pic.twitter.com/KoPkfeTqxS

“For us, family is the beginning, middle and end,” said the president. “And Jill’s going to warn me not to say this because I sometimes get emotional, but it meant so much that Beau was there — our son Beau, who was an incredible man. He was there in his namesake, his nephew Beau-y. It just seemed … “

The Bidens’ older grandchildren, ranging in age from 14 to 26, have watched their grandfather go from U.S. senator from Delaware to vice president for eight years during the Obama administration to now president. Their father and uncle, the late Beau Biden, was also a high-profile attorney general from Delaware.

“They had to learn to be happy and grieve in public. There is no private time for them,” said Joe Biden. “So when we got to the White House, I remember opening the door and walking through and it was like, ‘Okay, it’s us. It’s us."”

The Bidens, who also brought their two rescue dogs with them, said the White House residence staff made them feel at home by putting family pictures around their residence, as well as their own books and some of their own furniture from their home in Delaware.

The first lady also said there is a nice reminder of the Obama administration in the White House, the vegetable garden started by former first lady Michelle Obama.

Obama shared a photo on Instagram this week of a basket of produce from the garden sent by Jill Biden.

Jill Biden — who worked full-time as a community college English professor during her eight years as second lady — is continuing to teach English at Northern Virginia Community College.

“That’s my passion. That’s my life,” she said of her teaching career.

“The thing that surprises me is how much energy Jill gets from her students,” added President Biden. “The students she teaches, these are foreign students or people who weren’t the people who graduated from high school, but they’re remaking their lives. It’s an inspiration. It’s energy for Jill, but it’s a lot of work.”