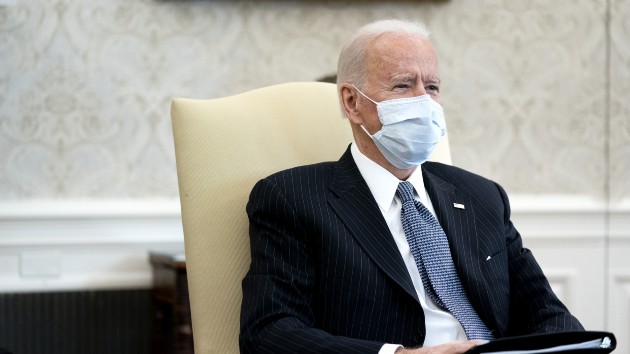 (WASHINGTON) — This is Day 16 of the administration of President Joe Biden and Vice President Kamala Harris.

President Biden will deliver his first major foreign policy speech since taking office on Thursday during a visit to the State Department, where he is expected to talk about “reclaiming America’s role in the world” and restoring values to the center of U.S. foreign policy, according to White House press secretary Jen Psaki.

Ahead of those afternoon remarks, Biden is slated to give pre-recorded remarks at the 2021 National Prayer Breakfast in the morning. The event is virtual this year due to the pandemic and has been a tradition for all presidents dating back to Eisenhower. Biden, the nation’s second Catholic president, will likely invoke his faith.

It all comes as Democrats move on Biden’s COVID-19 relief plan without Republicans, although Biden has pledged to get bipartisan support for the bill. The House on Wednesday night approved a budget resolution that would allow the chamber to advance a relief package through the reconciliation process, which would allow Democrats in the Senate to pass the measure with a simple majority vote.

Meanwhile, in the Senate, a “vote-a-rama” begins around 2:30 p.m. — a period of nonstop consideration of amendments to the annual budget resolution as part of the reconciliation process. There’s no cutoff to how many amendments can be considered. Harris is expected to be on the Hill in case she needs to cast a tie-breaking vote as president of the Senate.

Biden told Democrats Wednesday he’s willing to further target the relief payments in his package, but he does not want to go below $1,400.

Psaki also holds her daily press briefing at the White House at 11:30 a.m.