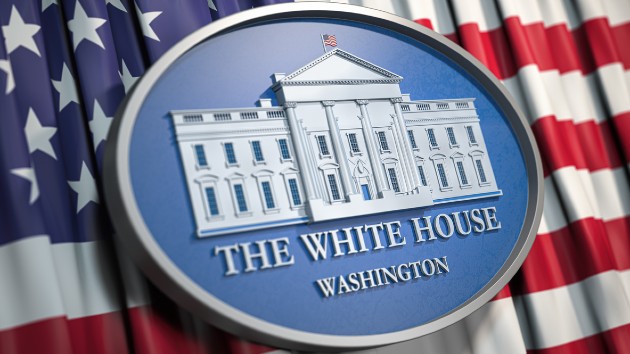 (WASHINGTON) — This is Day 21 of the administration of President Joe Biden and Vice President Kamala Harris.

Feb 10, 2:07 pm
Biden announces EO allowing US to sanction those connected to military takeover in Myanmar

Biden announced Wednesday afternoon that he had approved an executive order allowing the United States to sanction individuals and entities connected to the military’s seizure of power in Myanmar, which the U.S. last week labeled a “coup.”

He said the order would enable the U.S. “to immediately sanction the military leaders who directed the coup, their business interests, as well as close family members.”

“We will identify a first round of targets this week,” Biden said. “And we’re also going to impose strong exports controls. We’re freezing U.S. assets that benefit the Burmese government, while maintaining our support for health care, civil society groups, and other areas that benefit the people of Burma directly.”

The president also said the U.S. government was “taking steps to prevent the generals from improperly having access to the $1 billion in Burmese government funds held in the United States.”

As he had done last week, Biden called on the military to “relinquish power” and “immediately release the democratic political leaders and activists.” He specifically called for the release of Aung San Suu Kyi and Myanmar’s president, Win Myint.

Jeff Zients, coordinator of the federal government’s COVID-19 response, announced Wednesday a partnership with the state of Texas to build three new community vaccination centers in Dallas, Arlington and Houston.

The leaders of the Senate Judiciary Committee announced Tuesday they have locked in dates to review and vote on Judge Merrick Garland’s attorney general nomination.

The committee will hold hearings on Feb. 22 and Feb. 23 and hold a vote on March 1 to advance his nomination, according to Sen. Illinois Sen. Dick Durbin, the committee’s chair, and Iowa Sen. Chuck Grassley, the committee’s ranking member.

A confirmation by the full Senate is expected soon after that vote.

“Judge Garland’s confirmation is particularly urgent in the aftermath of the Jan. 6 insurrection,” Durbin said in a statement.

Following union calls for a vote of no confidence against the leadership of the Capitol Police, acting Chief Yogananda Pittman sent a message Tuesday to all USCP employees calling for unity.

“The events of that day took a toll on all of us and requires that we work together,” Pittman said in the memo.

Last month, union chairman Gus Papathanasiou slammed the department’s leadership, contending it knew about the dangers from the Jan. 6 protest and did little to prepare for potential violence.

He said it was “inexcusable” that nobody relayed this to officers prior to the insurrection.

Pittman recognized the efforts of those “fighting on the front line” and reflected on her own past experience as a civil disturbance unit officer and commander.

“I know firsthand it is not an easy job,” Pittman wrote. “We all know how difficult the fight and sacrifice can be on ourselves and our loved ones.”

“During these difficult times, it is important we remember that we are family, too,” Pittman said. “We are stronger united versus divided.”

The acting chief also described steps she took to improve conditions for officers following the Jan. 6 riot, including efforts “to improve intelligence and operational communications with all officers, protect them against known doxing attempts, as well as ensure counseling and wellness support services are available not only to our employees, but to their family members as well.”

“Equity is core to our strategy to put this pandemic behind us, and equity means that we’re reaching everyone, particularly those in underserved and rural communities and those who have been hit hardest by this pandemic,” Zients said.

The administration’s goal is to reach 250 community health centers and at least one in every state, Nunez-Smith said.

“Days are early yet but we’re very optimistic and encouraged by the partnership and really the interest from states and locals to work together with FEMA to launch additional ones. I expect more announcements to be forthcoming,” she said.

FEMA mobile units will also be going directly to these hardest-hit communities, Zients said. Earlier this week, FEMA announced that it had finalized a contract for 30 mobile vaccination units expected to begin next week.

When then-President-elect Joe Biden unveiled his economic team in November, one nominee received stiff resistance from Senate Republicans: Neera Tanden, his choice to become director of the White House’s Office of Management and Budget.

Tanden was known as a frequent political commentator on cable television and had been criticized for her past tweets blasting Republican lawmakers, as well as perpetuating a conspiracy that Russians hacked voter rolls in 2016 to take votes away from Hillary Clinton in favor of Donald Trump — though she denied that was the intent of her tweet at the time. Republicans also point out that she signaled support to cut Social Security benefits following the 2010 midterm elections when the Tea Party swept Republicans into the House majority. She served most recently as the head of the liberal think tank Center for American Progress.

Tanden’s confirmation hearing took place before the Senate Homeland Security and Governmental Affairs Committee Tuesday morning, and in her opening statement, she said she regretted her past tweets.

“I also know that the role of OMB director is different from some of my past positions,” Tanden said. “Over the last few years, it’s been part of my role to be an impassioned advocate. I know there have been some concerns about some of my past language and social media, and I regret that language and take responsibility for it. I understand that the role of OMB director calls for bipartisan action as well as nonpartisan adherence to facts and evidence.”

Sen. Rob Portman, of Ohio, the top Republican member of the committee, noted that “typically the OMB director is not a partisan” because the director needs to have relationships with lawmakers from both parties. He read specific things he said Tanden had tweeted about Sens. Susan Collins, Tom Cotton, Ted Cruz and Mitch McConnell.

“I believe that the tone, the content and the aggressive partisanship of some of your public statements, have added to the troubling trend of more incivility and division in our public life, and in your case, I’m concerned that your personal attacks about specific senators will make it more difficult to work with them,” Portman said.

Tanden confirmed she had deleted tweets, saying she “regretted the tone.”

If confirmed, Tanden, 50, would be the first woman of color and first South Asian American to lead the OMB.

The OMB director, while not a marquee Cabinet post in the presidential line of succession, is a critical economic adviser who has sometimes doubled as the president’s fiscal disciplinarian, serving as a check within the executive branch on any far-fetched spending plans fancied by other Cabinet members.

Harris administered the oath of office to Veterans Affairs Secretary Denis McDonough Tuesday afternoon, according to a pool report. Afterward, she offered him congratulations and they elbow bumped. Harris acknowledged McDonough’s daughter, who was watching virtually, noting that “it happened!”

Harris’ office said McDonough was sworn in on his father’s bible, which still has his notes in it.

Feb 09, 10:28 am
Biden to travel to Wisconsin for first official trip of presidency

Milwaukee, Wisconsin, will be the site of Biden’s first official trip of his presidency on Tuesday, Feb. 16.

CNN announced Tuesday that it will air a town hall with Biden from Milwaukee on Feb. 16 at 8 p.m. ET. The town hall, moderated by Anderson Cooper, will include a socially distanced audience, CNN said.

Biden is set to host business leaders in the Oval Office on Tuesday to discuss his COVID-19 relief proposal before he meets with Treasury Secretary Janet Yellen.

Feb 09, 9:20 am
Biden to meet with Yellen as impeachment trial begins

As former President Donald Trump’s impeachment trial gets underway in the Senate, Biden will meet with Treasury Secretary Janet Yellen and business leaders Tuesday to discuss the need for his $1.9 trillion COVID-19 relief package. Biden’s meeting is set for 1:45 p.m.

At noon, Harris will take part in swearing-in ceremony for Denis McDonough, who was confirmed Monday, to head the Veterans Administration.

Meanwhile, Neera Tanden, Biden’s nominee for director of the Office of Management and Budget, faces confirmation hearings Tuesday before the Homeland Security and Governmental Affairs Committee.