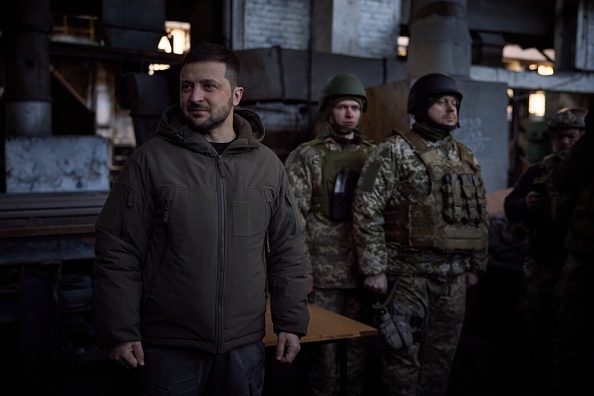 (WASHINGTON) — Ukrainian President Volodymyr Zelenskyy is expected to visit the U.S. Capitol on Wednesday to meet with President Joe Biden and address a joint session of Congress, according to the White House.

“President Biden looks forward to welcoming President Zelenskyy today, December 21, at the White House, after which President Zelenskyy will address a joint session of Congress, demonstrating the strong, bipartisan support for Ukraine,” Jean-Pierre said. “Three hundred days ago, Russia launched a brutal assault against Ukraine. In response, President Biden rallied the world to support the people of Ukraine as they defend their sovereignty and territorial integrity.”

Zelenskyy confirmed early Wednesday that he was on his way to the U.S. and will have discussions with Biden, adding: “I will also have a speech at the Congress and a number of bilateral meetings.”

On my way to the US to strengthen resilience and defense capabilities of 🇺🇦. In particular, @POTUS and I will discuss cooperation between 🇺🇦 and 🇺🇸. I will also have a speech at the Congress and a number of bilateral meetings.

The trip will be his first travel outside of his country since the Russian invasion of Ukraine began 10 months ago.

“During the visit, President Biden will announce a significant new package of security assistance to help Ukraine defend itself against Russian aggression,” Jean-Pierre said. “The visit will underscore the United States’ steadfast commitment to supporting Ukraine for as long as it takes, including through the provision of economic, humanitarian and military assistance.”

Sources on Tuesday told ABC News that plans were underway for Zelenskyy to visit the Capitol on Wednesday to address a joint session of Congress.

The trip comes as Congress is considering $45 billion in funding for Ukraine. Earlier Tuesday, House Speaker Nancy Pelosi urged all members to be present at votes “for a very special focus on Democracy Wednesday night.”

Zelenskyy, who enjoys broad bipartisan support on the Hill despite some Republican calls for more oversight of U.S. aid, has addressed Congress before — remotely — on March 16, some three weeks into Russia’s invasion of Ukraine.

At the time, he thanked Congress but called on the U.S. to do more for his country. He invoked the words of Martin Luther King Jr. — “I have a dream” — and said “I have a need” to protect Ukraine.