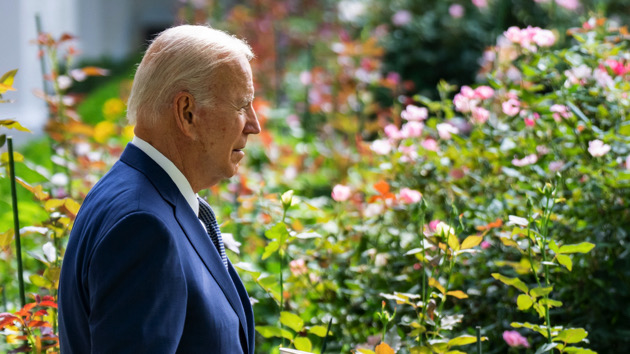 In Puerto Rico, the Bidens will survey damage from Hurricane Fiona, which killed more than two dozen people on the island last month, officials have said. Hurricane Ian shortly after struck Florida, killing more than 70 people before moving up along the Atlantic coast and killing at least four more people in North Carolina.

As he left the White House Monday morning, Biden told reporters, “I’m heading to Puerto Rico because they haven’t been taken very good care of. They’ve been trying like hell to catch up from the last hurricane. I want to see the state of affairs today and make sure we push everything we can.”

While in Puerto Rico, the president and first lady will “meet with families and community leaders impacted by Hurricane Fiona” and “participate in a community service project to help pack bags with food and other essential items,” according to a White House official.

The president will also receive a briefing on recovery efforts, the official said — and he will announce more than $60 million in funding from last year’s bipartisan infrastructure law that will “shore up levees, strengthen flood walls, and create a new flood warning system to help Puerto Rico become better prepared for future storms,” according to the official. (The federal government continues to dole out funding from last year’s legislation through a variety of avenues.)

The Bidens will visit Ponce, on the south side of Puerto Rico, and Federal Emergency Management Agency Administrator Deanne Criswell will join them, the official said.

Fiona lashed an already-weakened power grid in Puerto Rico in September, leaving much of the island in darkness and struggling to recover. However, Criswell said on ABC’s “This Week” on Sunday that 90% of residents had since had power restored.

The president’s trip comes as the damage in Florida from Ian only starts to come into view.

The western edge of the state was ravaged by severe flooding, leaving numerous buildings leveled or seriously damaged. Hundreds of thousands of residents were left without power. Significant flooding was also reported across the Carolinas.

Search-and-rescue efforts were ongoing as of Sunday, Criswell said on “This Week,” meaning the death toll could easily rise as more of the area is surveyed.

“Our hearts … are heavy, the devastating hurricanes, storms in Puerto Rico, Florida and South Carolina. And just know, we owe Puerto Rico a hell of a lot more than they’ve already gotten,” Biden said at a Congressional Black Caucus awards dinner Saturday, seeming to reference worries that damage from Ian would distract the federal government from the effects of Fiona on Puerto Rico.