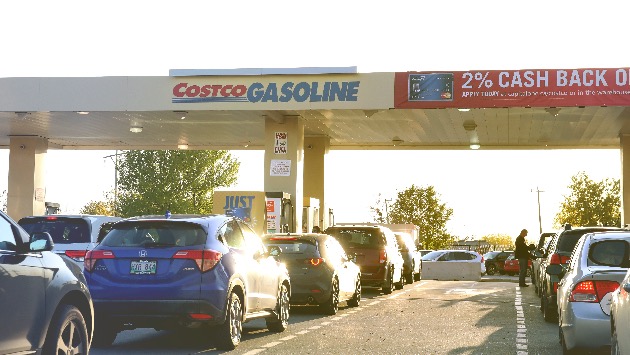 (WASHINGTON) — Hoping to ease concerns of millions of Americans experiencing gasoline shortages and rising prices following the ransomware attack on Colonial Pipeline, President Joe Biden will give an update on the situation Thursday, looking to deal with a potentially damaging political problem and on the heels of his new executive order aimed to prevent future attacks.

The president has been briefed on the incident every day since the attack happened on Friday night with his counselor Steve Ricchetti and National Security Council chief of staff Yohannes Abraham, a source familiar with the matter told ABC News and first reported by Axios. Biden was also briefed by White House National Security Adviser Jake Sullivan twice on Sunday and again on Monday and Tuesday.

According to the sources, it was clear from Biden’s first briefing that he wanted to be regularly updated on the latest developments and, in particular, what was being done to respond.

Colonial Pipeline restarted their system late Wednesday afternoon and in a statement this morning are saying they’ve “made substantial progress” and that “product delivery has commenced in a majority” of markets they service in the southeast.

However, Energy Secretary Jennifer Granholm is stressing that it will still take time for all the effects of the hack to wear off.

“People will start to see normalcy in the next couple of days,” Energy Secretary Jennifer Granholm said on CNN Thursday morning. “Hopefully by the end of the weekend, the consumer won’t even know that the shortage exists anymore.”

Until the shortage lets up, Granholm warned that hoarding supplies will only make things, and the prices at the pumps, worse.

“When hoarding happens, it compounds the problem. It exacerbates the lack of supply. And it may also contribute to gas price increases. So we want to make sure that everybody knows that this is going to be — the situation going to be back to normal. No need to do that.”

In South Carolina, North Carolina, Virginia and Washington, D.C., gas stations with fuel outages are over 50%, according to GasBuddy, and for the first time in seven years, gas prices nationally crossed $3 a gallon on Wednesday.

There are few things more politically dangerous than high gas prices, and with the Memorial Day holiday around the corner, the president is looking to tamper worries with his remarks and speak directly to frustrated Americans, making the case that this should be a short-lived issue.

His remarks come just hours after he signed an executive order to strengthen U.S. cybersecurity defenses with the goal of preventing similar attacks and after the White House has faced questions about why it wasn’t better prepared to protect its infrastructure.

“We pushed the authority as far as we could,” a senior administration official said. “Anybody doing business with the U.S. government will have to share incidents, so that we can use that information to protect Americans more broadly.”

Another danger the Biden Administration is now confronted with are concerns over inflation and prices on consumer goods rising.

White House press secretary Jen Psaki this week said that they take “the possibility of inflation quite seriously” but that there are “a range of factors” in play.