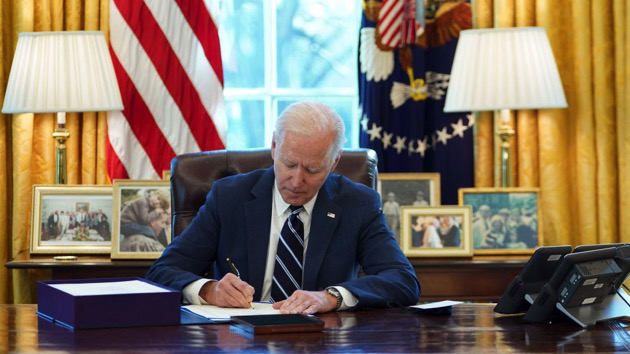 Congress failed to pass anti-lynching legislation over 200 times before the bill finally moved forward this year. The bill is the first legislation of its kind in more than 100 years that will be signed into law.

Lynchings were used to murder and terrorize the Black community in the U.S., predominantly in the South, from the 1880s to 1960s, the NAACP states.

The Equal Justice Initiative, a racial justice advocacy and research organization, has documented nearly 6,500 racial terror lynchings in the U.S. between 1865 and 1950.

Under the bill, an offense can be prosecuted as a lynching when the offender conspires to commit a hate crime that results in someone’s death or serious bodily injury under this bill. This includes kidnapping and aggravated sexual abuse or an attempt to kidnap, abuse, or kill.

A perpetrator can be sentenced to up to 30 years in prison for lynching alone, raising the maximum sentence by 20 years from previous versions of the legislation.

The act is named after 14-year-old Emmett Till, who was kidnapped, beaten and killed in Mississippi in August 1955 after being accused of whistling at a white woman.

His death remains a symbol of racism and brutality against Black people in the U.S.

“While this will not erase the horrific injustices to which 10s of 1000s of African Americans have been subjected over the generations, nor fully heal the terror inflicted on countless others, it is an important step forward as we continue the work of confronting our nation’s past in pursuit of a brighter and more just future,” said Majority Leader Chuck Schumer on the Senate floor.

The Senate passed the bill unanimously on March 7.

Congressmembers applauded the bill’s progress following several years of attempts to pass it. Rep. Bobby L. Rush, D-Ill., who has been sponsoring such a bill since the 115th Congress, said that the bill is one step toward correcting “historical injustice.”

“By passing my Emmett Till Antilynching Act, the House has sent a resounding message that our nation is finally reckoning with one of the darkest and most horrific periods of our history and that we are morally and legally committed to changing course,” said Rush after the House passed the bill in February.