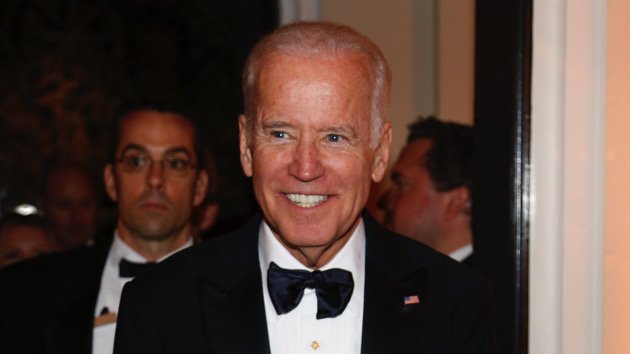 (WASHINGTON) — President Joe Biden and first lady Jill Biden will attend the White House Correspondents’ Dinner next weekend in Washington, the association announced Wednesday on Twitter, the first time a sitting president has attended since 2016.

The event was canceled in 2020 and 2021 due to the COVID-19 pandemic, and former President Donald Trump snubbed the dinners during his presidency.

In April 2019, Trump told reporters on his way to California that he was skipping for a third year “because the dinner is so boring and so negative that we’re going to hold a very positive rally.”

Typically held the last Saturday in April, the annual gala returns after two years next Saturday, April 30, at the Washington Hilton. Comedian Trevor Noah is set to host.

Some theorize that the 2011 Correspondents’ Dinner may have pushed Trump to run for president — as well as pushed his disdain for the dinners — after then-President Barack Obama made him the target of his jokes for five full minutes. Trump, present in the room, was listening but not smiling.

“No one is prouder to put this birth certificate matter to rest than the Donald,” Obama said at the time. “And that’s because he can finally get back to the issues that matter, like, did we fake the moon landing? What really happened in Roswell? And where are Biggie and Tupac?”

This year’s gala is expected to draw hundreds of power players to Washington and follows the Washington Gridiron Club dinner earlier this month that resulted in at least 80 COVID cases, including some administration officials and members of Congress.

It coincides with concerns over a rise of the BA.2 variant, particularly as the Biden administration’s transportation mask mandate was struck down this week.

All attendees will have to show proof of a negative test the day of the event, and there is a vaccine requirement.

“This year’s dinner will be the WHCA’s first since 2019 and offer the first opportunity since 2016 for the press and the president to share a few laughs for a good cause,” the association said in a press release.

Held for the first time in 1921, the event is intended to honor the First Amendment and raise money for journalism programs.