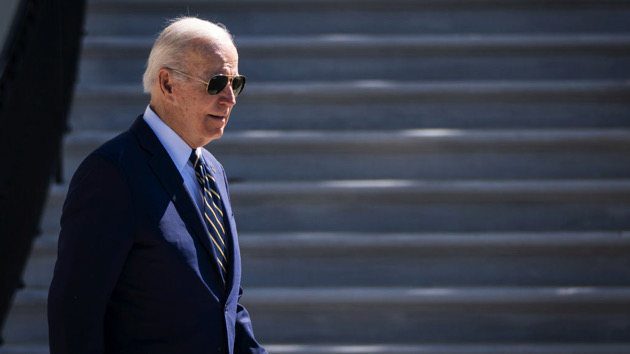 (WASHINGTON) — President Joe Biden will announce Friday that $10 billion from the American Rescue Plan has been committed to police departments and public safety across the U.S.

“A very big amount of what we’re talking about today is the fact that state and local government have already committed at least $6.5 billion to various different forms of public safety, CVI [Community Violence Intervention], to preventing layoffs of police officers and vital services, and adding needed equipment,” senior administration officials said on a call with reporters Thursday night.

Biden is set to meet with mayors and police chiefs at the White House Friday and underline those investments during remarks from the Rose Garden at 3 p.m. E.T.

These funds show what has been reported from cities through the end of 2021. The COVID-19 relief law included $350 billion for state and local governments to reduce violence.

A senior administration official said Biden wants to call on communities to use these funds “now” because “we are approaching another summer and want to stress the priority of using these dollars for public safety and violence prevention.”

Ahead of Biden’s meeting today, the White House highlighted how cities are using the ARP funds to boost police budgets and protect communities.

This includes Houston, where the city’s $52 million plan puts $32 million toward mental health, domestic violence response and victim service efforts, as well as $11 million in police overtime, $3 million toward a new community violence intervention and prevention program, and $1 million for a gun-buyback initiative.

Kansas City, Missouri, was able to hire up to 150 police officers, as well as increase pay for officers and civilian staff using ARP funds. The city also budgeted $12.4 million for its Violent Crimes Division.

In Detroit, the city began using ARP funds in July 2021 and has continued to expand public safety initiatives in its $110 million plan, according to the White House, including $30 million for enhanced police patrols, $12 million for community outreach gun violence prevention programs and $11 million for expanded mental health co-response.

Cities such as Tulsa, Oklahoma, and Baton Rouge, Louisiana, have invested funds in new police equipment and cars, respectively.