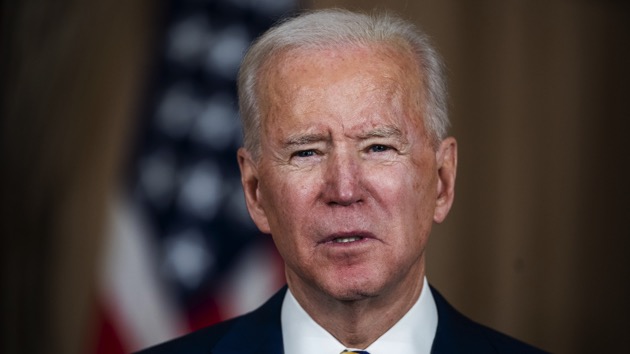 (WASHINGTON) — President Joe Biden said Friday he did not want to provide “too little” relief for the coronavirus pandemic, saying he learned that the Obama administration’s approach to the 2008 recession did not go far enough.

In an Oval Office meeting with House Democrats on Friday, Biden recounted how as vice president, then-President Barack Obama had tasked him with pushing through legislation on Capitol Hill to address the recession.

The president’s comments echo that of Senate Majority Leader Chuck Schumer, who has insisted Democrats cannot repeat what he views as the mistakes of 2009: paring down the recession recovery act and scaling back the Affordable Care Act during negotiations with Republicans, only to see the GOP not support the final bills.

Biden told House Democrats in his Friday meeting with them that he appreciated “the urgency with which you’re moving” and that they had given Americans “a lot of hope.”

Biden has said he would like bipartisan congressional support for his $1.9 trillion COVID-19 relief proposal, but Republicans have largely balked at the high price tag and several of the plan’s components.

While Biden hosted moderate GOP members at the White House earlier this week to discuss their alternative proposal — which was about a third of the size as his — he and the White House have indicated they are largely sticking with their original plan.

They have indicated some areas of compromise, though, such as a willingness to target direct payments and a recognition that a proposal to include a federal $15 minimum wage requirement might not make it into the final version.

But at the same time, the president has supported a parallel track to push his legislation forward that would not require the regular 60 votes — including 10 Republicans — in the Senate. That process, known as budget “reconciliation,” would need a simple majority in the Democratic-controlled Senate.

Early Friday, the Senate approved a measure that would let Democrats pursue that route; Vice President Kamala Harris cast the tie-breaking vote, her first in her current role.