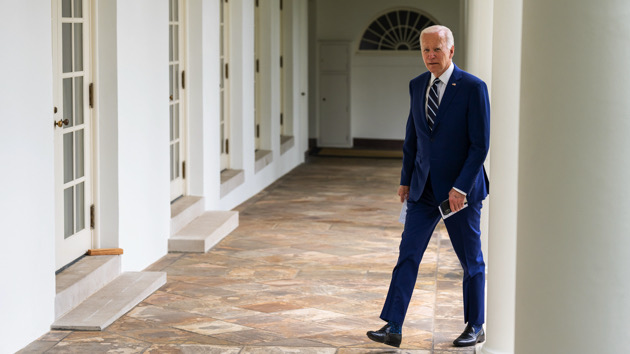 (WASHINGTON) — President Joe Biden plans to meet Prince William and Kate on Friday during their first visit to the U.S. in eight years.

“The president intends to greet the Prince and Princess of Wales when he is in Boston,” White House press secretary Karine Jean-Pierre told reporters on Wednesday.

The Prince of Wales’ media team also confirmed that a meeting would take place, which Biden’s schedule later said would be at the John F. Kennedy Library and Museum.

Jean-Pierre said the administration was “still finalizing and working through the details” and declined to share any more specifics on what the greeting would entail. The White House previously announced that Biden would be in Boston on Friday for a Democratic fundraiser.

The British royals are stateside for the Earthshot Prize Ceremony, which awards $1 million prizes to winners of projects focused on resolving climate issues by 2030.

“Like President Kennedy, Catherine and I firmly believe that we all have it in ourselves to achieve great things and that human beings have the ability to lead, innovate and problem solve,” Prince William said during their first stop outside Boston City Hall.

The trip also included a Celtics basketball game on Wednesday, where the royal couple was seated next to Massachusetts Gov.-elect Maura Healey and Boston Mayor Michelle Wu. On Friday, William will tour the John F. Kennedy Presidential Library with Caroline Kennedy, the late president’s daughter.

It’s the royal duo’s first overseas visit since the passing of Queen Elizabeth II in September, and the first since taking on the royal titles of Prince and Princess of Wales.

An agent in charge of the Diplomatic Security Service’s Boston field office, the agency that makes up the royals’ protective detail, told ABC News preparations started in September, and have involved 11 law enforcement agencies.

President Biden and first lady Jill Biden traveled to London for Queen Elizabeth’s funeral. They commemorated Queen Elizabeth’s “history-making reign” after her death, stating she was a “stateswoman of unmatched dignity and constancy who deepened the bedrock Alliance between the United Kingdom and the United States.”

The Bidens paid tribute to the queen as her coffin lay in Westminster Hall, and attended King Charles III’s reception at Buckingham Palace.

Prior to that, Jill Biden and Kate met during the Group of Seven, or G-7, summit in Cornwall, England. The two women visited a school that works with students who have experienced trauma in their lives.

“Early childhood education is so important to lay the foundation for all of our students,” Jill Biden said during the visit, and thanked Kate for inviting her. The princess said it was a “huge honor” to have the U.S. first lady in the United Kingdom.