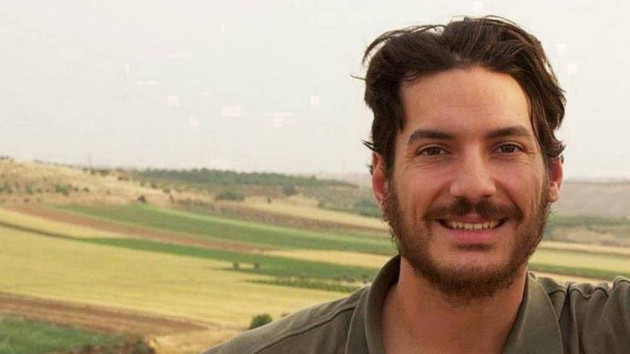 (WASHINGTON) — The parents of Austin Tice, an American journalist and Marine Corps veteran abducted in Syria, have already been waiting almost a decade for their son to return home. After a public plea for support over the weekend, President Joe Biden wasted no time, saying on Monday he would meet with them “today.”

White House press secretary Jen Psaki provided more details on the meeting after it took place, saying in a statement that “the president reiterated his commitment to continue to work through all available avenues to secure Austin’s long overdue return to his family.”

Psaki added that Biden’s national security team “will remain in regular contact” with the Tice family, as well as the families of other hostages.

The heightened attention to Tice’s case comes after the head of the White House Correspondents’ Association paid tribute to him during the group’s annual dinner on Saturday, asking his mother to stand and be acknowledged as the president looked on.

Later in the evening, during his own remarks, Biden said that he would like to meet with her and Tice’s father.

“After the President made those comments, obviously we went into action to work to set up the meeting on Sunday and see if Debra and Mark Tice — Austin’s parents — would be available,” Psaki said during a briefing.

That high-profile moment at the White House Correspondents’ Association dinner took place just days after Trevor Reed, an American and former Marine held captive in Russia for nearly two years, was freed as part of an international prisoner exchange –a deal that fell into place weeks after Reed’s parents had a White House meeting with the president of their own.

The Tices have previously met with National Security adviser Jake Sullivan and Secretary of State Antony Blinken, but Psaki called the audience with Biden “an additional and more significant step.”

State Department Spokesperson Ned Price added that the meeting was a testament to the administration’s commitment to bring Tice back home, adding “he has been away from his family for far too long, and we’re doing everything we can to see that comes to a successful conclusion.”

But Tice’s imprisonment poses unique challenges. Reed’s release was the result of months of intense negotiations within Moscow. But the U.S. has not had a formal diplomatic relationship with Syria since the onset of the country’s civil war in 2012 — something Tice’s mother has voiced frustration over in prior interviews.

Despite that complication, Price said the U.S. could still secure Tice’s freedom.

“You didn’t hear us share the details of those consultations before [Trevor Reed] was released. We do believe that we can best and most effectively achieve potentially successful outcomes if we do have space to conduct private conversations,” Price said. “We of course don’t have, I would say, fully normal relations with Moscow at this time and yet we were able to have a discrete, focused set of discussions regarding the effort to free Trevor Reed that ultimately were successful.”

Tice disappeared in 2012 while covering the Free Syrian Army, a group of Syrian military officials who had joined the opposition against Syrian President Bashar al-Assad. A month later, a video was released showing him blindfolded, removed from a car and led by armed men up a hill, saying “Oh, Jesus.” He has not been publicly heard from since.

The FBI is offering a reward of up to $1 million for information leading directly to the safe location, recovery and return of Tice.