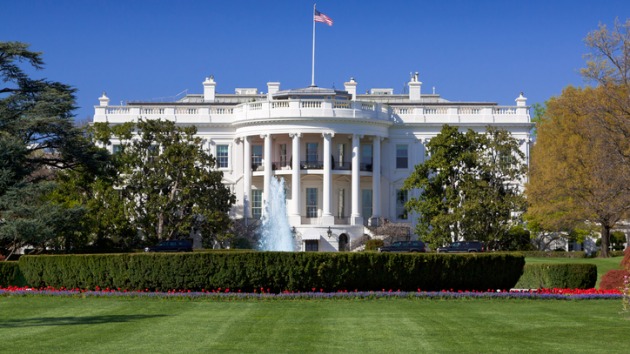 (WASHINGTON) — As the historic, second Senate impeachment trial of former President Donald Trump gets underway, President Joe Biden and his administration appear hell-bent on not engaging, trying to keep the focus on his ambitious COVID-19 relief package.

Biden said Tuesday he was not watching the trial and that his “job” was to help Americans impacted by the coronavirus pandemic.

“The Senate has their job,” Biden told reporters as he sat in the Oval Office at the beginning of a meeting with chief executives, soon after the trial had started. “They’re about to begin it. I’m sure they’re going to conduct themselves well. And that’s all I’m going to have to say about impeachment.”

White House press secretary Jen Psaki stressed at a briefing on Monday that the president “will not spend too much time watching the proceedings, if any time, over the course of this week.”

“Joe Biden is the president,” Psaki said Tuesday. “He’s not a pundit. He’s not going to opine on the back-and-forth arguments, nor is he watching them, that are taking place in the Senate.”

Psaki said Monday that Biden would remain “closely in touch with Speaker [Nancy] Pelosi, Leader [Chuck] Schumer, a range of officials on the hill about his plan, and that’s exactly what they want him to do, is to remain focused on that. And he will leave the pace and the process and the mechanics of the impeachment proceedings up to members of Congress.”

Biden urged the Senate to walk and chew gum at the same time, pushing for the continued confirmations of his Cabinet nominees in the first month of his administration, as he continues negotiations over his first legislative push on Capitol Hill — the nearly $2 trillion American Rescue Plan that has yet to receive support from Republicans.

Biden’s focus on moving forward with his administration’s agenda despite the trial is also borne out in his schedule this week. Monday, Biden and Vice President Kamala Harris virtually toured a mass vaccination site in Arizona amid the White House’s attempts to boost supplies and get more shots into the arms of Americans to meet their goal of administering 100 million shots in his first 100 days in office.

As the trial was set to get underway on Capitol Hill, Biden and Harris were setting up a proverbial split screen in the Oval Office, focusing on the economy and meeting with Treasury Secretary Janet Yellen and business leaders Tuesday to discuss his COVID-19 relief plan currently moving through the reconciliation process in the House.

Biden is also slated to leave the White House this week to visit the Department of Defense and the National Institute of Health on Wednesday and Thursday respectively.

Administration officials have continued to hit the airwaves both national and locally to push Biden’s coronavirus relief proposal; the White House said officials have conducted over 100 interviews, including more than 30 with local television stations.

“We’re also going to continue to make the case directly to the American people about the urgency of getting this package across the finish line,” Psaki said Monday.

“One thing that these guys have going for them is that there are so many other avenues out there for reaching audiences today,” including directly reaching Americans through social media, Tony Fratto, a deputy press secretary in the George W. Bush White House, told ABC News. “They should just continue to feed into that and focus on their message, and don’t get caught up on the commentary of what happened today at the impeachment trial.”

The second impeachment trial comes almost exactly one year after Trump was acquitted in his first Senate impeachment trial, after being impeached for allegedly attempting to coerce Ukrainian officials to provide election interference against then-Democratic presidential candidate Joe Biden.

Amid the campaign, Biden was not shy about his view on the impeachment he was tethered to, saying outright he believed that Trump should be impeached for his attempts to get dirt on Biden’s campaign.

But now, with Biden in the White House, his administration has sought to distance itself from the proceedings.

Psaki faced no less than a half-dozen questions on impeachment during her briefing Monday, but she largely brushed them off, declining to provide specifics when asked if Biden would receive readouts of the proceedings from Schumer and if Biden would say whether he believed Trump should be barred from holding public office in the future once the evidence is presented.

“I’m just not going to have any more for you on weighing in on impeachment. I appreciate — it’s a big story, but our focus is on the American Rescue Plan and delivering for the American people,” Psaki said after multiple iteration of questions. A similar scene unfolded Tuesday.

Biden has been a bit more willing to share his view on impeachment. In a number of interviews, Biden has acknowledged that he believes the trial does need to go forward and has said he doesn’t think 17 Republicans will vote in favor of conviction.

But Biden has been reticent to say outright if Trump should be barred from holding future office.

“Look, I ran like hell to defeat him because I thought he was unfit to be president. I’ve watched what everybody else watched what happened when that crew invaded the United States Congress. But I’m not in the Senate now. I’ll let the Senate make that decision,” Biden told CBS News in an interview Friday.