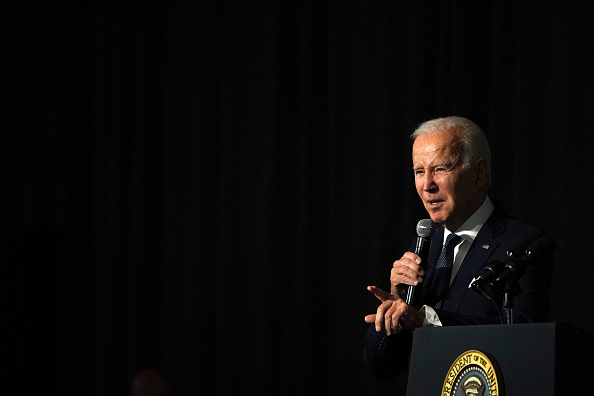 More than 120 organizations registered to participate in the parade, the event’s first return to force since the onset of the COVID-19 pandemic in 2020.

“Just don’t give up the fight. And that’s what it means for me today,” Denise Rolark Barnes, co-chair of the MLK Holiday DC Committee, told ABC News.

“We have to continue to support each other, to fortify ourselves in the best way that we can,” Barnes said of the significance of Monday’s event.

Organizers also warned of the commercialization of the national holiday that to many may be seen as more of a day off from work and school than a moment to reflect and engage in activism.

“The holiday, as they say, is not a day off — it’s a day on,” said Philip Pannell, executive director of the Anacostia Coordinating Council.

“Dr. King said everyone can be great because everyone can serve. So if people can do something to help make this a better community, then we’re keeping the spirit of Dr King alive,” Pannell said.

The peace walk and parade, attended by hundreds of area organizations and thousands of participants, commenced at the R.I.S.E. Demonstration Center, where groups geared up for a music-filled march ending at Anacostia Park in southeast Washington.

In a keynote address, Biden touted the work that he said his administration has undertaken to improve the lives of Black and brown Americans.

Biden, who also gave a sermon on Sunday at Atlanta’s Ebenezer Baptist, where King had preached, highlighted investments in historically Black colleges and universities and Black-owned small businesses.

He told the audience, including civil rights leaders and members of Congress, that the United States stands at an “inflection point” on King’s project of racial equality.

Biden received robust applause after noting his historic nomination of Supreme Court Justice Ketanji Brown Jackson, the first Black woman to serve on the high court. “She’s about the smartest one of all of ’em,” he said.

Of what he called unfinished promises, Biden said he didn’t want to hear a word from “the other side” about his college student debt forgiveness program, which is being challenged in court. He criticized Republicans for what he called efforts to stall debt cancellation that would largely benefit Black students, 70% of whom, he noted, receive Pell grants that would be wiped out completely if his program is enacted.

“The path is clear: To go forward, we need to go together. So let’s be guided by Dr. King’s light,” Biden said, “and by the charge of scripture which is ‘let us never grow weary in doing what is right."”

Vice President Kamala Harris marked the holiday at George Washington University, where she participated in a leadership and service event alongside students and staff and Education Secretary Miguel Cardona.

Harris said the holiday was an opportunity to “work toward the ideals upon which our nation was founded, that we still have yet to achieve but we get closer each day when we believe in what is possible.”

And on the National Mall, King’s son Martin Luther King III, Ambassador to the U.N. Linda Thomas-Greenfield and others gathered for a wreath-laying ceremony at King’s memorial.