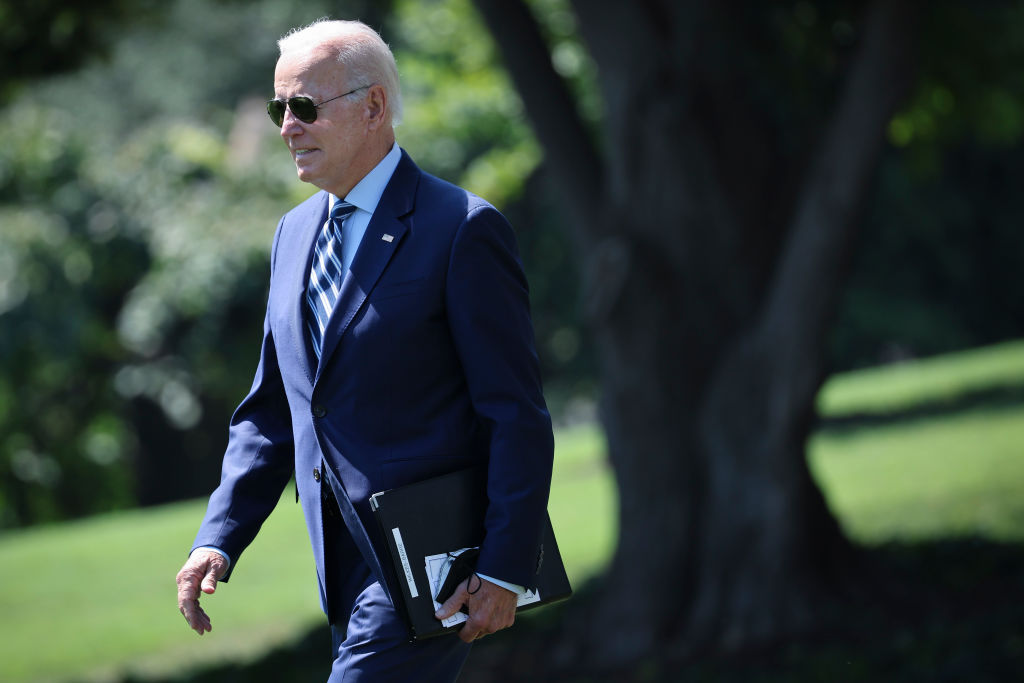 (WILKES-BARRE, Penn.) — President Joe Biden continued his sharpened attacks on the Republican Party as he visited Pennsylvania on Tuesday, criticizing “MAGA Republicans” for their response to the Mar-a-Lago search and Jan. 6 as he highlighted his administration’s policing and crime prevention efforts.

“A safer America requires all of us to uphold the rule of law, not the rule of any one party or any one person,” Biden said as he spoke at Wilkes University.

“Let me say this to my MAGA Republican friends in Congress: Don’t tell me you support law enforcement if you won’t condemn what happened on Jan. 6,” he continued. “For God’s sake, whose side are you on?”

Biden, once apprehensive about directly criticizing his Oval Office predecessor, has ramped up his rhetoric ahead of the 2022 midterm elections, recently accusing some in the Republican Party of “semi-fascism.”

The president also addressed Republican criticism of the FBI in the wake of the search warrant executed at Donald Trump’s Florida estate, including their calls to defund the bureau. Biden’s comments on the search have been limited, besides stating he had no prior notice about the search and leaving questions of national security risk to the Justice Department.

Biden on Tuesday also touted his “Safer America Plan,” unveiled in July, which calls on Congress to add $37 billion for the training of 100,000 additional police officers, to clear court backlogs and to establish new grants for communities to prevent violent crime and ease the burden on police officers in responding to non-violent situations

“I’ve not met a cop who likes a bad cop,” Biden said. “There’s bad in everything. There’s lousy senators and lousy presidents and lousy doctors and lousy lawyers. No, I’m serious. But I don’t know any police officer that feels good about the fact that there may be a lousy cop. I’m tired of not giving them the kind of help they need.”

In addition to making the case for the additional funding, Biden discussed the need to build on the bipartisan gun safety legislation passed earlier this summer by enacting a ban on assault weapons. The gun safety law, while the first major piece of reform in decades, didn’t go as far as Democrats and gun control advocates had hoped.

“The NRA was against it which means a vast majority, the vast majority of Republicans in Congress couldn’t even stand up and vote for it, because they’re afraid of the NRA,” he said.

Biden’s speech in Wilkes-Barre was his first of three stops in the battleground state in a week.

Meanwhile, Trump will also be in Pennsylvania this week for his first rally since the Aug. 8 search.

The former president will be campaigning for Republicans in two key Pennsylvania races: the gubernatorial election and the U.S. Senate contest.

Biden on Tuesday gave a shout out to the two Democrats going up against Mastriano and Oz: Josh Shapiro and John Fetterman, respectively.

“Josh Shapiro is a champion for the rule of law as your attorney general, and he’s gonna make one hell of a governor,” Biden said. “I really mean it.”

Fetterman, he said, will make “a great United States senator.”