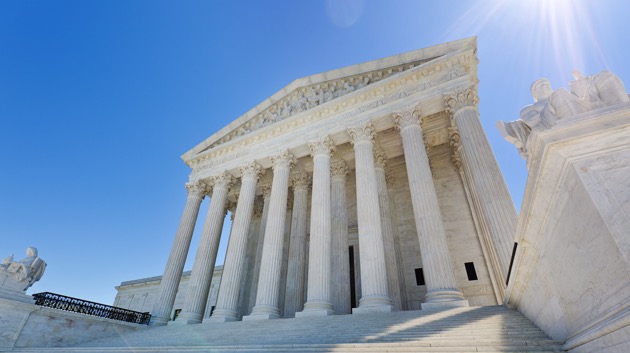 The establishment of a commission to study the issue was a campaign promise from Biden, who has never explicitly said if he supports court packing or instituting term limits.

But Biden has indicated that he believes the court should not be subject to the political swings of the electoral cycle.

“The last thing we need to do is turn the Supreme Court into just a political football, whoever has the most votes gets whatever they want,” Biden told the CBS News program 60 Minutes in October 2020. “Presidents come and go. Supreme Court justices stay for generations.”

The 36-person commission is set to study debate for and against making changes to the court, hold public meetings to solicit opinions from outsiders, and provide a report to the White House after 180 days. It is unclear if the commission will provide recommendations to Biden, or simply analysis of the arguments for and against reform.

Biden has been under pressure to add seats to the bench to compensate for a right-ward political shift after former President Donald Trump appointed three nominees.

One of those appointees, Justice Brett Kavanaugh, filled an Obama-era vacancy after then-Senate Majority Leader Mitch McConnell delayed the confirmation process in the Senate through the 2016 election. The third appointee, Justice Amy Coney Barrett, filled the vacancy left by Justice Ruth Bader Ginsburg’s death in the final months of the Trump administration. Six of the nine current Supreme Court Justices were appointed by conservative presidents.

Liberal activist groups see Biden’s appointment of the commission as merely delaying a decision on whether to add seats to the court.

“This White House judicial reform commission has a historic opportunity to both explain the gravity of the threat and to help contain it. But we don’t have time to spend six months studying the issue — especially without a promise of real conclusions at the end,” said Aaron Bellini, director it Take Back the Court, a group pushing for more justices on the bench.

Justice Stephen Breyer, the court’s most senior liberal, warned Tuesday against partisan proposals to expand the court and the branding of its current makeup as “conservative.”

“It is wrong to think of the Court as another political institution,” Breyer said in remarks prepared for delivery at Harvard Law School. “And it is doubly wrong to think of its members as junior league politicians.”

“Structural alteration motivated by the perception of political influence can only feed that perception, further eroding that trust,” he said.

Congress would have to approve any changes to the court Biden might propose, and he would be sure to face strong opposition from Republicans. There have been nine justices on the bench since 1869.