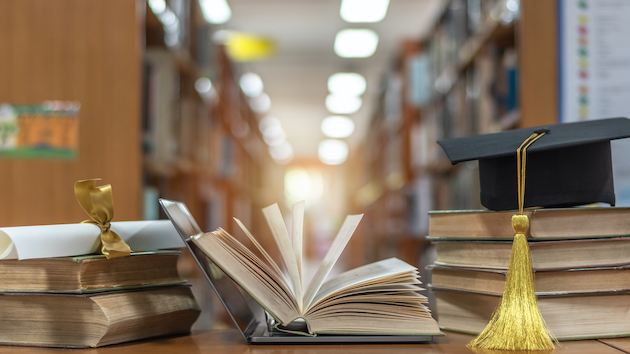 (WASHINGTON) — The U.S. government set up a fake university as a sting operation ostensibly to catch foreigners using school admission for visas. Now, those caught up by it are seeking their time in court — and say they have found the new presidential administration no friendlier to their fight.

The Biden administration followed in the Trump administration’s footsteps in February requesting a class-action lawsuit over the fake University of Farmington be dismissed from Federal Claims Court.

The lawsuit was filed on Sept. 21, 2020 against the United States by would-be students who claim they lost millions in tuition when the university never provided any classes. No money was ever returned to the students.

Almost 600 foreign-born people enrolled at the University of Farmington, hoping to take classes and graduate with a master’s degree, according to the lawsuit, not knowing it was a sting operation run by the U.S. Immigration and Customs Enforcement’s Homeland Security Investigations team.

The university was created “to ferret out illegal conduct and ‘expose student visa fraud,"” according to the Biden administration’s Feb. 24 reply in support of the motion to dismiss the lawsuit.

On Nov. 29, 2019, then-Sen. Kamala Harris tweeted that the scheme behind the fraudulent school was not “just cruel, it’s a waste of taxpayer dollars.”

ABC News has reached out to the White House and has not yet heard back. ABC News also reached out to ICE, who said they cannot comment due to pending litigation.

Pasam, 27, who asked ABC News to only use part of his name out of fear of retribution, is one of the students Nathanson represents. He says he paid $10,000 in tuition to the University of Farmington.

Originally from India, he says he was a software developer working in Boston in October 2017 and only had about a month left before his student visa expired. To continue legally working and residing in the United States, he decided to apply for a master’s program, according to the lawsuit.

With a student visa, international students can remain in the United States and work for at least a year after they have graduated.

“It is a common and legal practice for people with international visas to remain legally working and living in the United States while getting an additional degree and student visa,” Nathanson said.

This student visa program, which allows students to work in the U.S., was implemented in 1953.

“We have to stay legally, right?” Pasam said to ABC News, describing one of the reasons he was applying for his master’s. “We don’t want to break any law, because that is not a good thing, right?”

After some research, he chose to attend the University of Farmington, a school that claimed to offer online classes towards a master’s degree in technology.

According to the complaint, the school’s website claimed it was accredited by the Accrediting Commission of Career Schools and Colleges, registered with the state of Michigan as a legitimate university and listed as “an institution approved for the Student and Exchange Visitor program” by U.S. Immigration and Customs Enforcement. According to Pasam, he thought the university was legitimate.

He told ABC News he was excited because the university offered classes he was looking to take, the visa he was looking to obtain, and would allow him to continue living and working in Massachusetts. He applied and was admitted.

He said he paid his tuition fee and received his I-20 visa, but that when classes didn’t begin on time, he became suspicious.

“We reached out to the university,” Pasam told ABC News. “We called multiples times. Sometimes they answered us, sometimes they didn’t answer.”

He said the university told him it was planning to begin classes “very soon” and to “not worry about that process.” As time continued to pass and classes never began, Pasam said he decided to try and take matters into his own hands.

He said he requested to transfer schools so he could get the education he was paying for, but the University of Farmington never completed his request to send on his acceptance letter and other proof he was a student.

Unbeknownst to Pasam at the time, the “sole purpose of the Government’s activities were grounded in law-enforcement objectives,” according to the government’s motion to dismiss filed on Jan. 8, 2021. “The University was staffed with law enforcement personnel who presented themselves as administrators,” the motion later said.

When the news broke about what Farmington really was, Pasam said he was sent a letter by the government requesting he leave the country within a week. His visa, which he argues he had obtained legally by attending Farmington, had been terminated.

He said he and his girlfriend had planned to get married that year, but everything changed when that letter arrived.

Pasam chose to take the legal route and left the United States within the week. But approximately 250 of his potential classmates didn’t, and were later arrested by ICE, according to The Washington Post.

“The students impacted by Farmington lost the chance to eventually apply for a work visa,” Nathanson said, adding it is common for international students to eventually get a work visa to stay in the United States. “In an alternate world that’s probably what many of them would have been able to do.”

Pasam, who now lives in India, said he and his girlfriend have since broken up due to the distance, and he’s struggled a lot during the last two years.

Despite what he’s been through, Pasam hopes to return to work in the United States one day. But first, he wants to win the lawsuit.

“I want to get my money back,” he told ABC News.

According to Nathanson, the students of Farmington would be happy to settle with the United States.

“That is something that was wanted and that they’re not offering at this time,” Nathanson said.

The hearing on the motion to dismiss should take place in the next month, according to Nathanson.