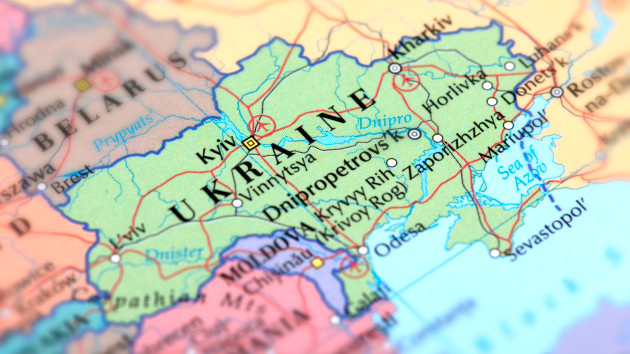 (WASHINGTON) — The Biden administration on Thursday announced it is moving to fast-track Ukrainian refugees coming to the United States.

Beginning April 25, the administration says U.S.-based individuals and entities can apply to the Department of Homeland Security to sponsor Ukrainian citizens — in an operation dubbed “Uniting for Ukraine.”

Any U.S. citizen or entity can apply sponsor Ukrainians and will be required to declare their financial support and pass a background check. Administration officials said there is no limit on how many Ukrainians a person or entity can sponsor.

“We are anticipating obviously a large majority of individuals who applied for this process go through this process role in my family units,” a senior administration official told reporters on a conference call Thursday.

Any Ukrainian who has been a resident of the country since Feb. 11 and has up to date vaccinations will be eligible for the program. They will be subject to a background check and biometric screening and other security checks.

Once in the U.S, Ukrainians will have up to two years to be considered for parole, but officials said they anticipate the length of time in the U.S. to be short term.

“What many of us have heard out in the region in Eastern Europe is a lot of Ukrainians don’t even want to go further east, from the border countries in Eastern Europe, because it’s a situation where women and children are separated from their husbands, fathers brothers, and so they’re quite keen staying near Ukraine to return as soon as possible,” one official said.

Administration officials told reporters on Thursday they hope it will be a “streamlined process” through an online portal where sponsors and Ukrainian nationals can both upload documents after being approved.

They said they anticipate the process to be “fairly quick,” but didn’t offer an exact timeframe.

Administration officials said this was part of President Joe Biden’s promise to take in 100,000 Ukrainians into the United States.

“We are proud to deliver on President Biden’s commitment to welcome 100,000 Ukrainians and others fleeing Russian aggression to the United States. The Ukrainian people continue to suffer immense tragedy and loss as a result of Putin’s unprovoked and unjustified attack on their country,” said Secretary of Homeland Security Alejandro Mayorkas. “DHS will continue to provide relief to the Ukrainian people, while supporting our European allies who have shouldered so much as the result of Russia’s brutal invasion of Ukraine.”

As of late, some Ukrainians seeking asylum in the U.S. have been going to the U.S.-Mexico border. The administration says after April 25, Ukrainians who present themselves at a border port of entry will be denied entry into the U.S. and referred to the “Uniting for Ukraine” program.

Ukrainians “may be refused entry under our existing laws as I think everybody knows, we are continuing to enforce the public health authority under Title 42 at the land border to the 23rd that will be the case for all nationalities,” one senior administration official said.

Title 42, the Trump-era policy which expelled migrants on the basis of the pandemic is set to be phased out by the administration on May 23.

That official added that applying for the program may be a little bit more difficult if the applicant isn’t up to date on vaccines because it could be a “little bit harder” to get vaccinated in Mexico.

For those who don’t have sponsors, friends or family in the United States, the administration is working with NGO’s and nonprofit organizations to help connect people to them.

“One of the reasons we are having sponsors that are entity based…is precisely to deal with those situations,” one administration official said.

In addition to this program, which they say is new, the State Department will expand resettlement operations in Europe for Ukrainian citizens.