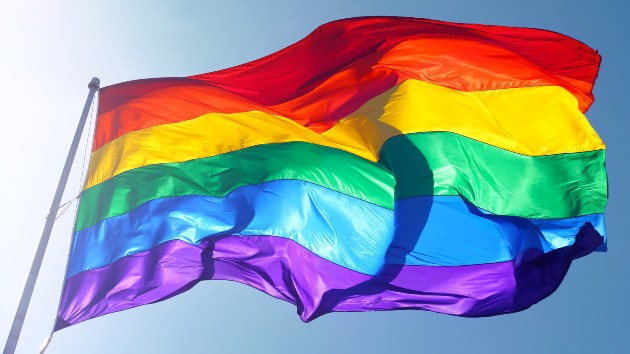 (WASHINGTON) — U.S. missions overseas can once again fly the LGBT Pride flag on their official flagpoles, according to an internal State Department cable obtained Friday by ABC News.

The policy, announced by Secretary of State Antony Blinken, repeals his predecessor Mike Pompeo’s effective ban on Pride flags or others from flying at U.S. embassies and consulates.

The cable, sent earlier this week, lays out the Biden administration’s policy on LGBTI rights, detailing several actions President Joe Biden has taken since assuming office to support “the human rights of LGBTQI+ persons and communities.”

Posts are given “blanket written authorization … to display the Pride flag on the external-facing flagpole, for the duration of the 2021 Pride season,” said the cable, which was first reported by Foreign Policy magazine. “This is an authorization, not a requirement.”

The cable was sent this week — more than a month before Pride is celebrated in June — because it also lays out policy for the International Day Against Homophobia, Transphobia, and Biphobia on May 17, encouraging U.S. missions to develop policy and events for IDAHOT and Pride month.

Under Pompeo, a conservative Republican, posts were barred from flying any flag other than the U.S. flag on official flagpoles and had to seek permission to fly the Pride flag, which was denied to several embassies.

During his confirmation hearing, Blinken pledged to overturn Pompeo’s policy and to name a special envoy for the human rights of LGBTI persons, a role created by the Obama administration that was shuttered by the Trump administration.

The department will also move to protect LGBTI rights by providing asylum categories for LGTBI people fleeing persecution, lobbying for the repeal of laws that criminalize “LGBTQI+ status or conduct,” and “building coalitions of like-minded nations and engaging international organizations in the fight against LGBTQI+ discrimination,” the cable said, which has been official U.S. policy in recent years.

The Biden administration, however, will maintain other limits on the United States’ support for LGBT rights overseas. Blinken’s cable notes that “as a matter of policy, the United States does not advocate for or against same-sex marriage abroad.”

While posts are encouraged to back “efforts to advance the fundamental freedoms of opinion and expression, peaceful assembly, and association … Discussions of same-sex marriage may result in backlash against LGBTQI+ communities in certain contexts hence posts should consult with local advocates on messaging and outreach on this issue,” said the cable.