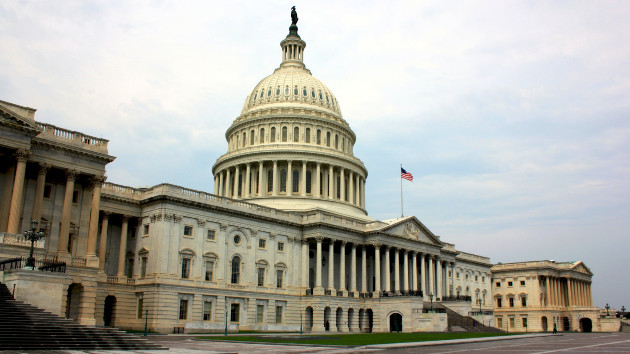 (WASHINGTON) — A plane carrying some one million bottles’ worth of specialized infant formula from Europe was set to arrive at an airport in Virginia on Wednesday, the same day top industry executives and federal regulators were to face angry lawmakers on Capitol Hill.

The second shipment from overseas — part of President Joe Biden’s “Operation Fly Formula” — will be headed to hospitals for infants allergic to cow’s milk.

The urgently needed shipment comes amid a nationwide shortage that’s sent at least a half a dozen children to the hospital so far and has put enormous pressure on Biden to explain why his administration didn’t act sooner to prevent the crisis.

“There’s no excuse for what’s happening all across this country right now,” said Rep. Diana DeGette, a Colorado Democrat, who will lead the hearing of the House Energy and Commerce Subcommittee on Oversight and Investigations.

Abbott agreed to a voluntary recall of its formula and shuttered its facility, even as it insists there is no conclusive evidence that its formula was tied to the illnesses of four infants.

The Abbott facility is now on track to reopen within the next week or so. But the closure proved to be disastrous to a market already plagued by supply chain problems.

Abbot is the largest formula producer in the U.S. and a top contributor to a federal program that supplies formula to low-income families.

Democrats have joined Republicans in raising questions about the Food and Drug Administration’s handling of the Abbott recall. According to inspection reports and congressional testimony, the FDA was aware last fall of sanitation issues at the plant as well as a whistleblower complaint.

“You can’t hide behind an investigation. We need answers. We need them now,” said Rep. Rosa DeLauro, D-Conn.

Dr. Bob Califf, head of the Food and Drug Administration, told House lawmakers last week that the investigation into the Abbott recall is ongoing.

Califf also said his agency doesn’t have the resources to do the kind of complex analysis that would be needed to monitor the nation’s supply chain and ward off future shortages.

Califf is expected to testify Wednesday alongside other FDA officials, followed by senior executives from Abbott, Reckitt and Gerber.

Chris Calamari, Abbott’s senior vice president for U.S. Nutrition, was expected to tell lawmakers that the company plans to have more formula available at the end of June than it did in January before the recall.

“To all of the families who depend on us for a reliable supply of formula — we let you down. We are deeply sorry and are committed to making sure that a shortage like this never happens again … We plan to resume production at the Sturgis facility the first week of June. From the time we restart production at the site, it will take approximately six to eight weeks before product is available on shelves,” Calamari said in prepared remarks.

Executives from Gerber and Mead Johnson Nutrition also were expected to testify. And like Abbott, they planned to tell lawmakers they were ramping up production dramatically to address the shortage.

To address the crisis, Biden has ordered the FDA to open up the U.S. market to global suppliers and arranged for two shipments of Nestlé hypoallergenic formula to arrive from overseas. He also has invoked the Defense Production Act to ensure domestic manufacturers are first in line to access raw materials and other supplies.

The first shipment of imported formula arrived in Indiana on Sunday aboard an Air Force transport plane, and included a half a million bottles of Alfamino Infant and Alfamino Junior — enough hypoallergenic formula for 9,000 infants and 18,000 toddlers for one week.

The second shipment, scheduled to arrive Wednesday at Dulles International Airport outside of Washington, D.C., is expected to include 114 pallets of Gerber Good Start Extensive Hypoallergenic infant formula.

In total, the two shipments would stock provide 1.5 million 8-ounce bottles of the specialty formula.

First lady Jill Biden and Surgeon General Vivek Murthy were scheduled to greet the arrival of the FedEx plane.

As of late Tuesday, five out of the six infants admitted to hospitals in South Carolina and Tennessee in connection to the formula shortage had been released.

One infant who remained hospitalized in South Carolina has not been able to tolerate alternative formulas. This child also has other health complications, a hospital spokesperson tells ABC News.