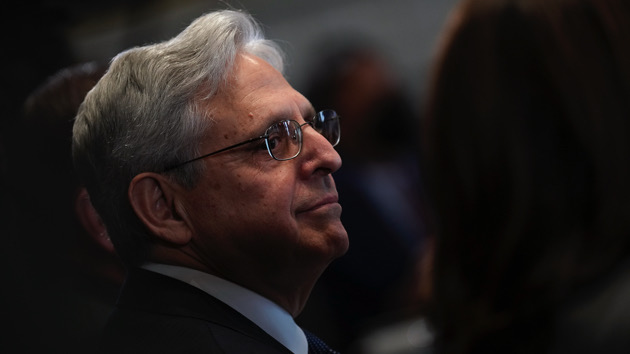 (WASHINGTON) — Two years after a mob of then-President Donald Trump’s supporters laid siege to the U.S. Capitol, Attorney General Merrick Garland said in a statement the Justice Department’s efforts to prosecute those responsible for the Jan. 6 insurrection remains “far from over.”

“We remain committed to ensuring accountability for those criminally responsible for the January 6 assault on our democracy,” Garland said in a statement this week marking the two-year anniversary of Jan. 6. “And we remain committed to doing everything in our power to prevent this from ever happening again.”

Within hours after thousands of Trump’s supporters stormed through the halls of Congress, the Justice Department launched what would become the largest and most complex criminal investigation in its history.

More than 950 individuals have faced charges in connection with the attack, according to an ABC News analysis of court records, more than half of whom have pleaded guilty.

Prosecutors have also had resounding success in instances where rioters have sought to fight out their case at trial.

According to the Justice Department, at least 40 individuals have been found guilty at trial on an array of federal charges, and in November prosecutors secured the first successful jury convictions on seditious conspiracy charges in nearly 30 years against the leader of the Oath Keepers, Stewart Rhodes, and another associate. The Justice Department is expected to begin presenting evidence in yet another seditious conspiracy trial against leaders of the far-right extremist group the Proud Boys next week.

Nearly 200 of the more than 350 rioters who have been sentenced for their crimes on Jan. 6 have faced time behind bars, according to the Justice Department, with sentences ranging as high as 10 years for those who engaged in some of the most violent assaults against law enforcement.

The FBI is continuing to seek tips on the identities of more than 350 others believed to have engaged in violent activity at the Capitol, including more than 250 who assaulted police.

Garland, who was nominated by Biden on the morning of Jan. 6, just hours before the Capitol was attacked, has repeatedly defended the department’s investigation amid criticism that prosecutors appeared more focused on bringing justice to the so-called “foot soldiers” of Jan. 6 who participated in the Capitol riot instead of those who propagated the lies about the 2020 election and worked behind the scenes to thwart Trump’s loss.

That pressure only grew in recent months with public hearings and evidence released by the Jan. 6 House select committee, which formally shuttered over the weekend after issuing its final report and criminal referrals for Trump and at least one top ally, John Eastman.

Trump’s decision in the days after the 2022 midterms to announce his candidacy for the 2024 presidential ticket prompted Attorney General Garland to appoint a special counsel, Jack Smith, to assume responsibility over the investigation of whether Trump and his allies engaged in any illegal activity in their bid to cling to power.

As part of the appointment, Garland formally separated Smith’s work from the day-to-day investigation being run by the FBI and U.S. Attorney’s Office in D.C. seeking to identify and prosecute all those who engaged in unlawful activity at Capitol on Jan. 6, which is still returning charges against new suspects on a near-daily basis.

Garland’s appointment order also tasked Smith with overseeing a separate criminal probe into whether Trump illegally mishandled classified documents after leaving office and obstructed the government’s attempts to recover them.

Smith, a longtime DOJ veteran who at the time of his appointment was a top prosecutor investigating war crimes at the Hague, will now have the ultimate responsibility of recommending to Garland whether Trump or others at the center of the two investigations should face charges as a result of their conduct.

In a recent interview with CBS News, Garland’s top deputy Lisa Monaco said that absent circumstances “extraordinarily outside the normal process,” Smith’s recommendations regarding Trump “will be the ones that stand.”

In the case of DOJ’s inquiry into Trump’s efforts to overturn the 2020 election, Smith assumed control of an investigation that, in many ways, appeared to already be in its advanced stages.

Over the summer, investigators searched the home of former top DOJ official Jeffrey Clark and secured a warrant to search Eastman’s cell phone, both of whom have denied any wrongdoing. Scores of grand jury subpoenas have been issued to individuals tied to the effort to overturn the election, with many seeking information specifically on Trump’s actions or involvement in the scheme to put forward false slates of electors in states won by Biden.

Smith, who returned to Washington in recent days after undergoing knee surgery overseas from a bike accident, pledged in his only public statement following his appointment that the pace of both investigations will “not pause or flag under my watch.”