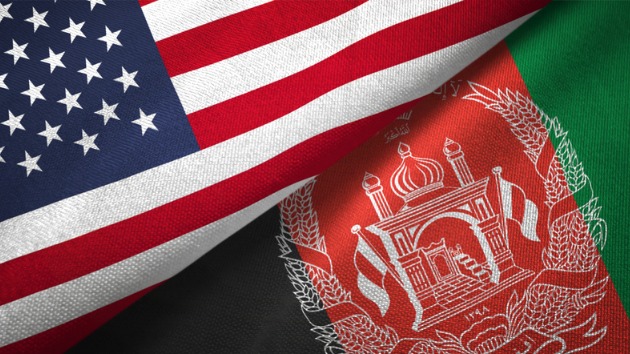 (WASHINGTON) — The clock is ticking for thousands of Americans and allies trapped in Afghanistan, with an evacuation deadline in exactly one week.

Marine Corps Brig. Gen. Farrell J. Sullivan, one of the two American generals in charge of the operation to evacuate American citizens and Afghans, said they’d “get as many out as we possibly can with the time we have available.”

Both Donahue and Sullivan have served multiple tours in Afghanistan over the last 20 years, but in the wake of the Taliban retaking control of the country, Sullivan acknowledged that his Marines are managing an unprecedented humanitarian crisis.

“I think whether you’re in a combat situation or a humanitarian operation, the human element is always there,” Sullivan said. “But this event is an unprecedented event. I have my years of deploy[ment] into combat and to other crisis areas… I’ve never seen anything like it before.”

As of Tuesday afternoon, approximately 70,000 people have been evacuated from Kabul since Aug. 14, when the Taliban took control of the government, according to President Joe Biden.

More than 33,000 people had been flown out in a 36 hour period, Biden said, showing how much the operation to evacuate American citizens and Afghans has ramped up in recent days.

Although the world has watched disturbing images of crowds beaten back by Taliban fighters and crowds clamoring outside the walls of Hamid Karzai Airport, desperate to evacuate, Donahue says the U.S. has prepared extensively for such a situation.

“That’s the reason why the 82nd Airborne Division exists. … We exist to come in and create the order out of the chaos that you’re seeing happening right now,” he said. “What has been accomplished so far, it’s remarkable. … You’re seeing things stabilize here in the process of getting our citizens and other citizens out — [it all] is going much better.”

Officials have not given an exact number of Americans who still need to be evacuated, only saying that there are “thousands.” ABC News has learned that as of Tuesday 5,100 American citizens had been evacuated.

Donahue says the pace of evacuations from Kabul has improved since the country’s fall 10 days ago and that it continues to optimize as the deadline approaches.

“Each day, we’re coming up with new and innovative ways to bring people in and we are doing better and better each day,” he said.

Taliban leaders have said that Aug. 31 is a “red line” for troops to leave and doubled down Tuesday, saying they will reject any U.S. military presence or evacuations past the end of the month.

Biden announced Tuesday afternoon that the evacuation mission would end on that day as well, although he said he’d ask for contingency plans if it needed to be extended by a short time.

His announcement followed a virtual meeting with G-7 partners who had pressured him to extend the deadline.

Biden had previously said that U.S. troops would stay until every American and Afghan special immigrant visa applicant has been evacuated. But he ultimately decided to stick with the Aug. 31 deadline, U.S. officials told ABC News Chief Global Affairs Correspondent Martha Raddatz.

Only one week remains before the deadline.

“This is a 24/7 operation,” Sullivan said. “In terms of the numbers we have gotten out thus far, the numbers we’ve gotten out are unprecedented as well, so I’m confident we will get out as many as we possibly can with the time that we’re provided.”

He added that they constantly learning about their security and risk and that they will continue to evacuate people safely as possible. He said he anticipates their risk will only rise, especially with regard to helicopter rescue missions outside of Hamid Karzai Airport.

Sullivan and Donahue agreed that they remain laser-focused on getting as many people out of the country as possible.

“You can see it on the faces of those Americans, third-country nationals, those that are American Afghans or interpreters or whatnot, as they’re going through the terminal about to get on to an airplane, the relief, the thankfulness on their faces and that of their families,” Sullivan said. “It makes it all worth it in the end.”