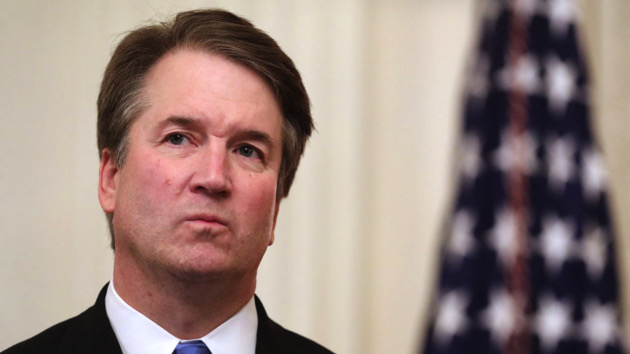 (WASHINGTON) — A California man was charged with attempted murder of a U.S. Supreme Court justice for allegedly making threats against Justice Brett Kavanaugh and showing up near his Maryland home armed, federal court records show.

The suspect was angry over the recent mass shooting at an elementary school in Uvalde, Texas, and the leaked draft of the Supreme Court’s decision impacting Roe v. Wade, according to an affidavit from an FBI agent submitted in support of a criminal complaint in U.S. District Court on Wednesday.

The man — identified by the Department of Justice as 26-year-old Nicholas Roske of Simi Valley — was allegedly spotted by two U.S. Marshals wearing black clothes and carrying a backpack getting out of a cab in front of Kavanagh’s house at approximately 1:05 a.m. Wednesday, according to the affidavit. A Glock 17 pistol, two magazines, pepper spray, zip ties, a hammer, screwdriver, nail punch, crowbar, pistol light and duct tape were in the backpack, according to the affidavit.

The suspect then allegedly called the Montgomery County Emergency Communications Center to say he wanted to kill a Supreme Court justice, according to the affidavit.

The suspect was arrested at about 1:50 a.m. Wednesday and was taken into custody in Montgomery County, a Supreme Court spokesperson said. Montgomery County police said the case has been transferred to the FBI.

“Roske indicated that he believed the Justice that he intended to kill would side with Second Amendment decisions that would loosen gun control laws,” the affidavit stated. “Roske stated that he’d been thinking about how to give his life a purpose and decided he would kill the Supreme Court Justice after finding the Justice’s Montgomery County address on the internet.”

The charge of attempted murder of a Supreme Court justice carries a maximum sentence of 20 years in federal prison.

The Department of Homeland Security warned in May that there could be threats against Supreme Court justices over the leaked draft of the Roe v. Wade decision.

A bulletin obtained by ABC News in May said the draft leak “prompted a significant increase in violent threats — many made online via social media and some of which are under investigation –directed toward some U.S. Supreme Court Justices and the Supreme Court building.”

The National Capital Threat Intelligence Consortium identified at least 25 violent threats on social media that were referred to partner agencies for further investigation, the bulletin said.

“Some of these threats discussed burning down or storming the U.S. Supreme Court and murdering Justices and their clerks, members of Congress, and lawful demonstrators,” the bulletin said.

U.S. Marshals bolstered their protective details for the justices and began guarding their homes around the clock in the wake of the leaked draft, Attorney General Merrick Garland said Wednesday.

“This kind of behavior is obviously behavior that we will not tolerate,” Garland said. “We will do everything we can to prevent them [violence and threats of violence] and to hold people who do them accountable.”

Senate Minority Leader Mitch McConnell said Wednesday, “This is exactly, exactly the kind of event that many feared the terrible breach of the court’s rules and norms could fuel.”

McConnell used the incident to call on the House to pass legislation increasing protection for Supreme Court Justices and their families.

Sen. Ben Sasse, R-Neb., a member of the Judiciary Committee, called on President Joe Biden to condemn those who target justices.

Maryland Gov. Larry Hogan said in a statement, “I call on leaders in both parties in Washington to strongly condemn these actions in no uncertain terms. It is vital to our constitutional system that the justices be able to carry out their duties without fear of violence against them and their families.”

White House Press Secretary Karine Jean-Pierre told reporters Wednesday that Biden “condemns this individual in the strongest possible terms” and is grateful for the quick law enforcement response in apprehending the suspect.

“As the president has consistently made clear, public officials, including judges, must be able to do their jobs without concern for their personal safety, or that of their families,” she said.

The Department of Justice has U.S. Marshals providing support to the Supreme Court marshal, she said.