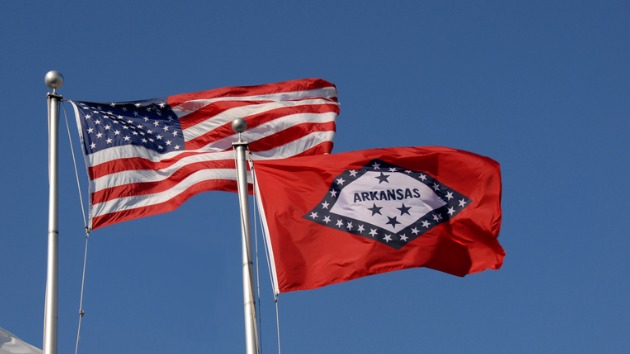 (LITTLE ROCK, Ark.) — The Arkansas state legislature voted Tuesday to override a veto by Gov. Asa Hutchinson on a bill that would ban gender-affirming treatments for transgender youths in the state.

The House voted 71-24, and the Senate 25-8, to override the governor’s veto a day after it was announced.

During a press briefing Monday, Hutchinson called the bill “government overreach,” and called on state leaders to rethink the issue again before acting.

“You are starting to let lawmakers interfere with health care and set a standard for legislation overriding health care,” the Republican governor said. “The state should not presume to jump into every ethical health decision.”

The SAFE Act is one of dozens of state bills introduced this year that LGTBQ advocates say diminish the rights of transgender Americans. Arkansas is the first state to pass a bill restricting transgender minors access to gender-affirming health care.

LGBTQ rights groups say the legislation, which would go into effect this summer, is unnecessary and detrimental for trans youth. Following the Senate vote, the ACLU tweeted, “We are preparing litigation as we speak.”

“Attempting to block trans youth from the care they need simply because of who they are is not only wrong, it’s also illegal, and we will be filing a lawsuit to challenge this law in court,” Holly Dickson, ACLU of Arkansas executive director, said in a statement. “We are hearing from concerned families all over the state who are afraid about the impact of this bill and others like it. We are committed to doing all we can to support these families and ensure they know how to continue to fight for their rights and get the care and resources they need.”

Sponsors say the bill is meant to protect minors, who they say are too young to make decisions on transition-related medical care.

“By overriding the veto on this legislation, Arkansas would put itself in the lead of a race to the bottom, fueled by fear and disinformation,” he said during a press briefing Tuesday ahead of the vote.

The American Academy of Pediatrics has spoken out against bills like the SAFE Act that target transgender youth.

“The American Academy of Pediatrics recommends that youth who identify as transgender have access to comprehensive, gender-affirming, and developmentally appropriate health care that is provided in a safe and inclusive clinical space,” AAP President Dr. Lee Savio Beers said in a statement last month. “[The] legislation would allow policymakers rather than pediatricians to determine the best course of care for our patients, and in some medically underserved states, it could mean losing an already limited number of pediatric practitioners who care for transgender youth.”