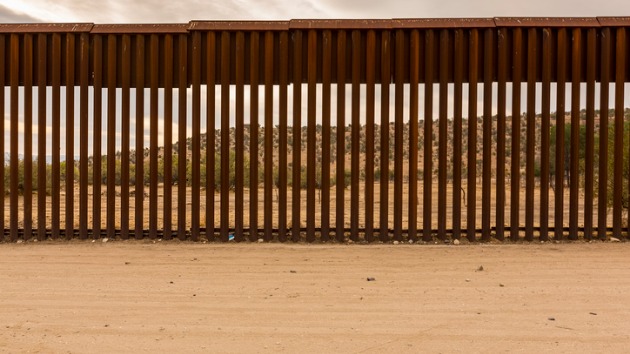 (WASHINGTON) — Customs and Border Protection encountered over 200,000 attempted crossings in August, fewer than the two-decade high seen in July, but still far more than in past years.

While the Biden administration has asked for patience, some Republican lawmakers are sounding the alarm over what they consider a continuing crisis.

According to the data released by CBP on Wednesday, 25% of the crossings were made by people who had already been encountered — leaving 156,641 unique encounters last month.

The number of unaccompanied minors has remained steady since July, at nearly 19,000 each month. In August, more than 1,400 unaccompanied children a day, on average, were in CBP custody — up 100 from July.

CBP says fentanyl seizures rose 34%, along with a 36% increase in pounds of cocaine seized from July to August. Fentanyl seizures are also up 50% so far this year, with more than 10,000 pounds confiscated, according to the data.

“Once again, we have a plan and we’re executing it. The situation doesn’t change with a flick of a switch, it requires a tremendous amount of work,” he said during a fireside chat with ABC News at the Homeland Security Enterprise Forum.

But ranking member on the Senate Homeland and Governmental Affairs Committee, Sen. Rob Portman, R-Ohio, was not so optimistic.

“Once again, CBP operational statistics show that we are seeing the worst unlawful migration crisis in more than twenty years,” Portman said in a statement on Wednesday night. “The Border Patrol has now made more than a million apprehensions of unlawful migrants since President Biden took office. CBP reported more than 208,000 total encounters at the border in August, quadrupling the number from last August.”

“President Biden’s failed border-security policies are simply unsustainable. The men and women of federal law enforcement cannot continue to deal with these crisis-level numbers. They are already overwhelmed and overburdened. The breakdown is coming,” Wolf said in a statement

The administration, however, has framed the drop in encounters since July as a sign things are moving in the right direction.

“The men and women at CBP continue to step up to meet the demands of high numbers of encounters at our southern border. CBP recorded 2 percent fewer encounters in August than July,” Acting CBP Commissioner Troy Miller said in a release. “The vast majority of single adults encountered in August, along with a substantial share of families, continued to be expelled under the CDC’s Title 42 authority.”