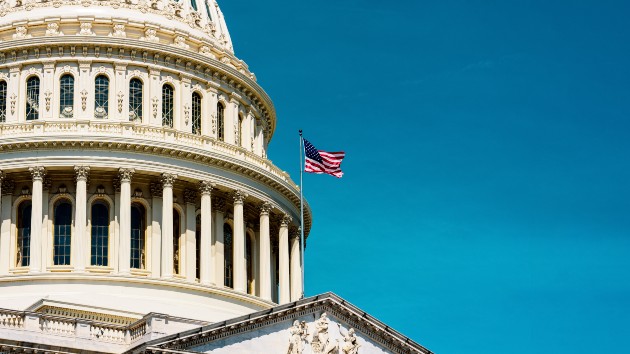 (WASHINGTON) — Prominent Asian American lawmakers, scholars and advocates, including actor and producer Daniel Dae Kim, are testifying Thursday on the rise in hate crimes and discrimination against Asian Americans before the House Judiciary Subcommittee on the Constitution, Civil Rights and Civil Liberties.

The hearing follows a string of hate crimes against Asian Americans, as well as three shootings at Atlanta-area spas on Tuesday in which eight people were killed. Six of the victims were Asian women.

The suspect, Robert Aaron Long, told investigators that the shootings were not racially motivated and instead blamed his “addiction to sex,” according to a statement from the Cherokee County Sheriff’s Office. Long was charged with eight counts of murder on Wednesday.

“This is one of the more violent tragedies in a string of about 3,800 hate incidents and crimes against Asian Americans — 68% of them women,” said Rep. Judy Chu, D-Calif., at a press conference Wednesday. “It’s clear that the individuals were targeted because they are amongst the most vulnerable in our country: immigrant Asian women.”

Subcommittee Chair Steve Cohen, D-Tenn. began the hearing with a moment of silence for the people who were killed in Atlanta. Following the moment of silence, he began his opening statement by saying that the shooting on Tuesday felt to many like “like the inevitable culmination of a year in which there were nearly 3,800 reported incidents of anti-Asian hate.”

“I want to make clear that all Asian Americans who are understandably feeling hurt and afraid right now and wondering whether anyone else in America cares that Congress sees you, we stand with you,” he added. “We’re gonna do everything in our power to protect you.”

Rep. Steve Cohen addresses Asian Americans “who are understandably feeling hurt and afraid right now, and wondering whether anyone else in America cares.”

“Congress sees you, we stand with you, we will do everything in our power to protect you.” https://t.co/xYMAqcscOk pic.twitter.com/6AW4TOQBm8

In his opening statement, Texas Rep. Chip Roy, who was acting as ranking member, said that while he wants justice for the victims of Tuesday’s shooting he had concerns about the hearing.

“My concern about this hearing is that it seems to want to venture into the policing of rhetoric, in a free society, free speech, and away from the rule of law and taking out bad guys,” Roy said.

Cohen responded by pointing out that the hearing was not just about speech but about violent actions, including incidents where Asian Americans were spit on, hit and lit on fire.

Chu, the chair of the Congressional Asian Pacific American Caucus and the first Chinese American woman to serve in Congress, testified at Thursday’s hearing.

“It is with a heavy heart that we are here today, still shocked and heartbroken about the murder of eight in Georgia, including six Asian American women, by a gunman who targeted three Asian businesses. The first one being young’s Asian massage, then driving 27 miles to two other Asian spas,” Chu said. “His targets were no accident. And what we know is that this day was coming. And because of crimes like this, I, as chair of the Congressional Asian Pacific American Caucus, or CAPAC, urged the committee to undertake this hearing because the Asian American community as reached a crisis point that cannot be ignored.”

Rep. Judy Chu calls for “a national day to speak out against Asian hate on March 26.”

“Most people, I don’t think, think of Asians as being the subject of racist attacks, but we have been,” she said. “And we’re the one community that’s often always seen as the other. I — to this day — still get asked, ‘So where are you from really?"”

Rep. Grace Meng on surge of anti-Asian violence: “Our community is bleeding. We are in pain. And for the last year, we’ve been screaming out for help.” https://t.co/XqWpOufzfT pic.twitter.com/JTi51D8XYh

Kim, who produces and stars in the TV series The Good Doctor, has been vocal in recent months about the violence against the Asian American community. Kim recently partnered with fellow actor Daniel Wu to offer a $25,000 reward for information leading to the arrest and conviction in the attack of a 91-year-old man in Oakland.

“I got very angry because this is now a year of these kinds of things going on,” Kim told ABC News’ Juju Chang in early March. “They’re attacking our most-vulnerable population and no one in the mainstream media, outside of the Asian American echo chamber, is picking up this story. … People are saying for the first time, ‘I had no idea this was going on,’ and that means to me that we’re making progress in shining a light on the problem.”

Kim, the actor and producer, discussed the increase in violence against Asian Americans. He recounted an encounter he had with a pollster who said that Asian Americans are “statistically insignificant” in polling models.

Daniel Dae Kim on House bill condemning anti-Asian sentiment: “I was disheartened to find that for a bill that required no money or resources, just a simple condemnation of acts of hate …164 members of Congress—all Republican—voted against it.” https://t.co/uHCVK3eFRM pic.twitter.com/4GbDU7jqDT

Hate crimes and discrimination against Asians have surged due to the coronavirus pandemic and its suspected origins in Wuhan, China. Critics, including Chu, have said that former President Donald Trump’s rhetoric around the pandemic and his use of terms like “China virus” contributed to the surge.

From March 2020 to the end of February 2021, more than 3,700 incidents of discrimination against Asian Americans have been reported to the advocacy group Stop AAPI Hate, according to a report by the organization.

“I think it’s even more important now to discuss what is happening to Asian Americans and Pacific Islanders across the country,” said Manjusha Kulkarni, the executive director of the Asian Pacific Policy and Planning Council and the co-founder of Stop AAPI Hate, who testified at Thursday’s hearing.

“The data from Stop AAPI Hate shows these are not isolated incidents,” she added. “They’re are happening in each and every state in our union.”

Kulkarni told ABC News that she hopes the hearing sheds light on the complexities of the issue. To address the rise in discrimination and violence against Asian Americans, she said lawmakers should publicly condemn it, create public information campaigns about racism and provide resources to victims of hate incidents.