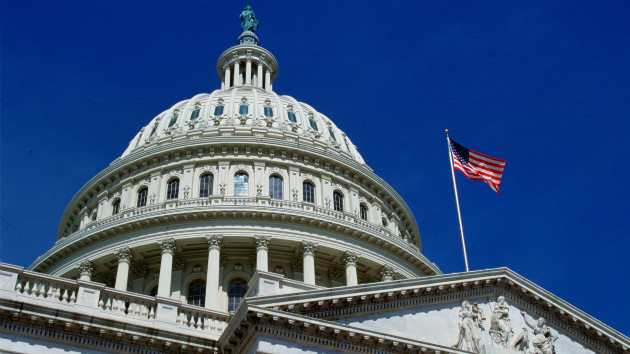 (WASHINGTON) — Amid new pressure for gun control on Capitol Hill, lawmakers on Wednesday will hear what’s expected to be dramatic testimony from a fourth grader trapped in a Texas classroom for more than an hour as a gunman killed 19 of her classmates and two of her teachers.

Miah Cerrillo, who emotionally described to CNN smearing herself with her classmate’s blood and playing dead as the Uvalde rampage unfolded, is expected to describe the horror she experienced to the House Oversight Committee in a recorded video.

But Cerrillo will no longer be in the room when the video is played. Her father will appear in her place and will introduce her video statement.

“The Committee has been in close contact with Miah, her family, and her pediatrician and has been prioritizing her safety and comfort first and foremost. Her decision to record her story and share it with the American people is courageous — and I hope all Members open their hearts and minds to what she has to say,” chair Rep. Carolyn Maloney, D-N.Y., said in a statement moments before the hearing began. “Miah, her family, and her pediatrician have made the decision to have her not appear in person, and she will be represented by her father who will introduce her recorded testimony.”

Maloney opened the hearing by asking her colleagues to “listen with an open heart to the brave witnesses who have come forward to tell their stories about how gun violence has impacted their lives.”

“Let us honor their courage,” she said. “And let us find the same courage to pass commonsense laws to protect our children.”

The committee also will hear from other families traumatized by the massacres in Uvalde and in Buffalo, New York, that killed a total of 31 people just 10 days apart.

Also testifying are Felix Rubio and Kimberly Rubio, the parents of Lexi Rubio, a 10-year-old girl killed in Uvalde; Zeneta Everhart, the mother of Buffalo shooting survivor Zaire Goodman, who was shot in the neck while working at the store; and Roy Guerrero, a Uvalde pediatrician who treated the victims.

Guerrero told ABC News’ Mireya Villarreal and James Scholz on the eve of his testimony that the community is “strong” but they need more than “thoughts and prayers.”

“We need people to step up,” he said. “We need this to stop, basically. And I figured that if I didn’t take that step forward and take that initiative, I’d just kind of be sitting back doing nothing and not reaching my full potential with my obligation to these children. “

Maloney spoke exclusively with ABC News Congressional Correspondent Rachel Scott ahead of Wednesday’s hearing, telling her the survivors and families reached out to her committee and insisted on traveling to the nation’s capital to share their experiences just mere weeks after witnessing horror — hoping to change the hearts and minds of lawmakers on Capitol Hill.

“We were saying maybe it would be too difficult,” she said, referring to Miah Cerrillo, of someone so young wanting to testify before Congress. “But she felt strongly and her parents supported her wish that she be able to testify and tell her story.”

“She felt very, very strongly that her story — she didn’t want the loss of her teachers, the loss of her friends, but also the quick thinking that she had to play dead to smear blood all over herself to save her life. It’s an incredible story,” Maloney added.

The hearing comes as negotiations continue on gun control. A bipartisan group of lawmakers, led by Democratic Sen. Chris Murphy of Connecticut and Republican Sen. John Cornyn of Texas, are trying to reach a compromise this week on incremental measures like expanded background checks, incentives for states to implement red flag laws and funding for mental health programs.

Senate Democrats are looking for at least 10 Republican votes to get to the 60 needed to overcome a filibuster. If they don’t reach that mark, they risk continuing a 30-year trend of inaction on gun reform even in the wake of such tragedies as Sandy Hook, Las Vegas and Parkland.

Murphy provided an update on the talks during an appearance on “The View” on Tuesday, stating he’s never seen this much public pressure for elected officials to act and he’s hopeful Republicans are “picking up this sense of urgency.”

“While we are very different in our views, we do both agree that we are not willing to do anything that compromises people’s Second Amendment rights,” Murphy said. “We are focusing on keeping weapons out of the hands of dangerous people.”

President Joe Biden made an impassioned plea last week for more, including a ban on assault weapons like the AR-15 used in the Uvalde shooting, but most Republicans in Congress remain opposed to any gun restrictions.

“We spent hours with hundreds of family members who were broken, whose lives will never be the same,” Biden said in an address from the White House. “They had one message for all of us. Do something.”

Maloney said she feels there is a new air of urgency to get gun control legislation on Biden’s desk in light of the Uvalde mass shooting, and she’s hopeful Republicans will change their minds when they hear the witnesses speak firsthand.

“Absolutely, there’s a sense of urgency, and tomorrow we will be debating gun safety laws on the floor and voting. So, hopefully, their testimony will have an impact on the votes of these members of Congress,” Maloney said Tuesday.

In a letter to Democrats, House Speaker Nancy Pelosi, D-Calif., said the House will vote Wednesday afternoon on the Protect Our Kids Act, the gun control package assembled after the mass shootings in New York and Texas.

In all, 19 young children and two teachers were killed by a gunman wielding an AR-15-style assault weapon at Robb Elementary School on May 24. Funerals for the victims are continuing until June 25.

In Buffalo, 10 Black people were fatally shot in a Tops grocery store on May 14. The Department of Justice is investigating the shooting as a “hate crime and an act of racially-motivated violent extremism.”

On Tuesday, the Senate Judiciary Committee heard from the son of one of the Buffalo victims as part of a hearing on domestic terrorism.

Garnell Whitfield Jr., the oldest son of Ruth Whitfield, and 86-year-old woman killed in the shooting, held back tears as he urged lawmakers to take action or “yield their positions” in Congress.

“You expect us to continue to just forgive and forget over and over again. And what are you doing?” he said. “You’re elected to protect us, to protect our way of life.”