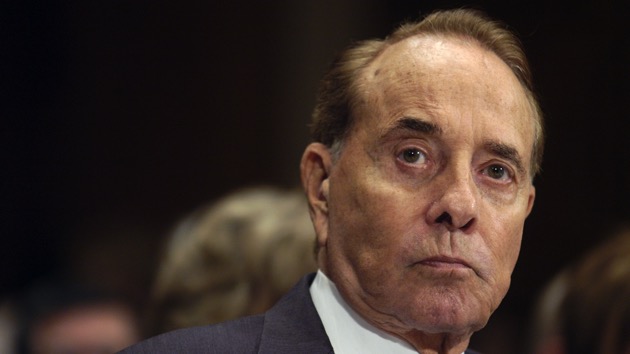 Dole died on Dec. 5, 2021, after announcing last February that he’d been diagnosed with stage 4 lung cancer and was starting treatment.

Dole’s wife of 46 years, former Cabinet secretary and North Carolina Sen. Elizabeth Dole, and daughter, Robin, are expected to attend the invitation-only, graveside funeral with family members, close friends and former colleagues. Dole was given the rare honor to lie in state in the U.S. Capitol Rotunda late last year before his body was taken to his home state of Kansas for memorials and then back to Washington, where he’ll be laid to rest Wednesday afternoon alongside American war heroes.

Dole, a native of Russell, Kansas, served as an army officer in World War II and was severely wounded in action at age 21, left with permanent limited mobility in his right arm. Overcoming adversity, Dole went on to graduate law school, serve in the Kansas legislature, and represent his home state for four terms in the House of Representatives and five terms in the Senate, where he led the Republican Conference for more than a decade.

In Congress, he was an advocate for the rights of veterans and Americans with disabilities, spearheading the inclusion of protections against discrimination in employment, education and public services in the Americans with Disabilities Act in 1990. Dole also served as national chairman of the World War II Memorial Campaign which raised funds for the World War II Memorial to be built on the National Mall.

He ran three times for president, ultimately winning the Republican party nomination in 1996 but losing the general election to Bill Clinton, who was seeking a second term. Months later, Clinton presented Dole with the Presidential Medal of Freedom at the White House.

In a USA Today op-ed he finished on pen and paper less than two weeks before his death, Dole wrote Congress needs teamwork now more than ever, writing, “Those who suggest that compromise is a sign of weakness misunderstand the fundamental strength of our democracy.”