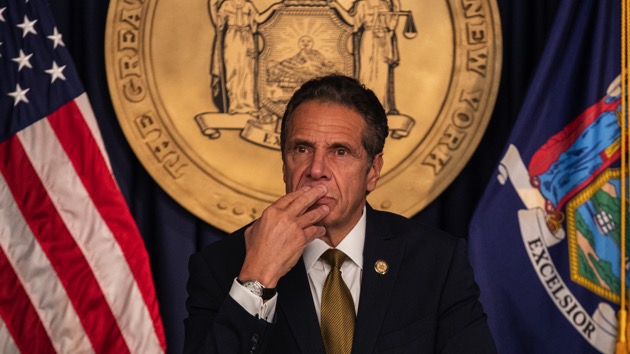 “Unfortunately, the Governor is not only facing the accusation that he engaged in a pattern of sexual harassment and assault,” the statement said. “There is also the extensive report from the Attorney General that found the Cuomo administration hid data on COVID-19 nursing home deaths from both the public and the state legislature.”

“We believe these women, we believe the reporting, we believe the Attorney General, and we believe the 55 members of the New York State legislature, including the State Senate Majority Leader, who have concluded that Governor Cuomo can no longer effectively lead in the face of so many challenges,” the statement added.

“The reports of accusations concerning the governor are serious. The committee will have the authority to interview witnesses, subpoena documents and evaluate evidence, as is allowed by the New York State Constitution,” Heastie said in a statement Thursday.

A parallel investigation led by state Attorney General Letitia James is also underway into the misconduct allegations against the governor.

At least six women, including several who once worked for the governor, have accused Cuomo of inappropriate behavior and unwanted advances.

They are: Lindsey Boylan, 36; Charlotte Bennett, 25; Anna Ruch, 33; Karen Hinton, Ana Liss, and a sixth unknown woman whose account was published by the Albany Times-Union this week.

Their claims accused Cuomo of making inappropriate comments about their dating lives, unwanted touching that made them uncomfortable, and in one case, an allegedly unwarranted kiss.

In a press conference on March 3 , Cuomo denied the allegations against him and said he would not resign.

“I now understand that I acted in a way that made people feel uncomfortable,” he said. “It was unintentional and I truly and deeply apologize for it. I feel awful about it and frankly I am embarrassed by it.”

“I was elected by the people of New York. I’m not going to resign. They elected me,” he added.