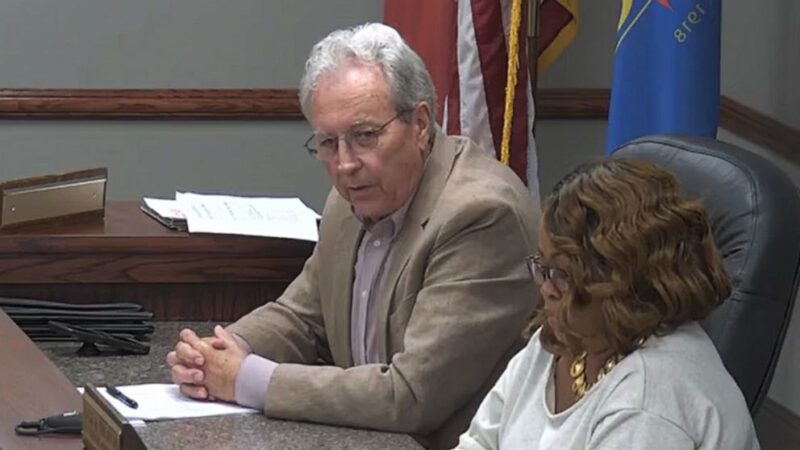 (TARRANT, Al.) — An Alabama city council member is facing calls to resign after he used a racist slur while pointing toward a Black colleague during a meeting Monday night.

John “Tommy” Bryant stood up and pointed at Black council member Veronica Freeman and said, “Do we have a house N-word in here? Would she please stand up?” during the council meeting.

Video of the meeting was shared on the Tarrant, Alabama, Facebook page. The clip shows audience members at the council meeting audibly gasping in response to his use of the slur.

Freeman was later seen sobbing with her head in her hands before stepping out.

Bryant said that his use of the slur was to reflect something Tarrant Mayor Wayman Newton, who is Black, allegedly said during an earlier private meeting.

“He doesn’t need to use that term in front of everybody, and I thought the city ought to know the kind of terminology the mayor uses, and I didn’t want him to get away with it. So that’s the reason I made that comment,” Bryant said in a Tuesday interview with local news station WVTM-TV.

“He said it in a derogatory manner, I said it so people would know what the mayor said,” Bryant added. “The mayor was being derogatory toward Veronica Freeman when he said that.”

Bryant and Freeman did not immediately respond to ABC News’ request for comment.

Newton, who was sworn in as mayor in November, did not respond to ABC News’ request but told Alabama Local News on Tuesday, “The video speaks for itself.”

Newton denied ever using the racial slur in reference to Freeman on Wednesday, telling ALN, “They are trying to expose me for saying something I did not say. All of that was a political stunt that they did not do very well.”

Alabama Democrats demanded Bryant resign after the outburst, saying in a statement, “He is racist and unfit to serve.”

“Alabama still has a long way to go when it comes to race, but cozying up to the KKK and using the N-word should make you unfit to serve. These racists belong in the history books with Bull Connor and George Wallace, not on the taxpayer’s payroll,” the statement added.

Alabama Republican Party Chairman John Wahl said Bryant’s behavior “is completely unacceptable in any setting,” but didn’t mention if he believed he should resign.

“The Alabama Republican Party is deeply troubled by the racially charged outburst and disrespect shown by Councilman Tommy Bryant. Such language is completely unacceptable in any setting, and even more concerning coming from an elected official,” Wahl said to ALN.