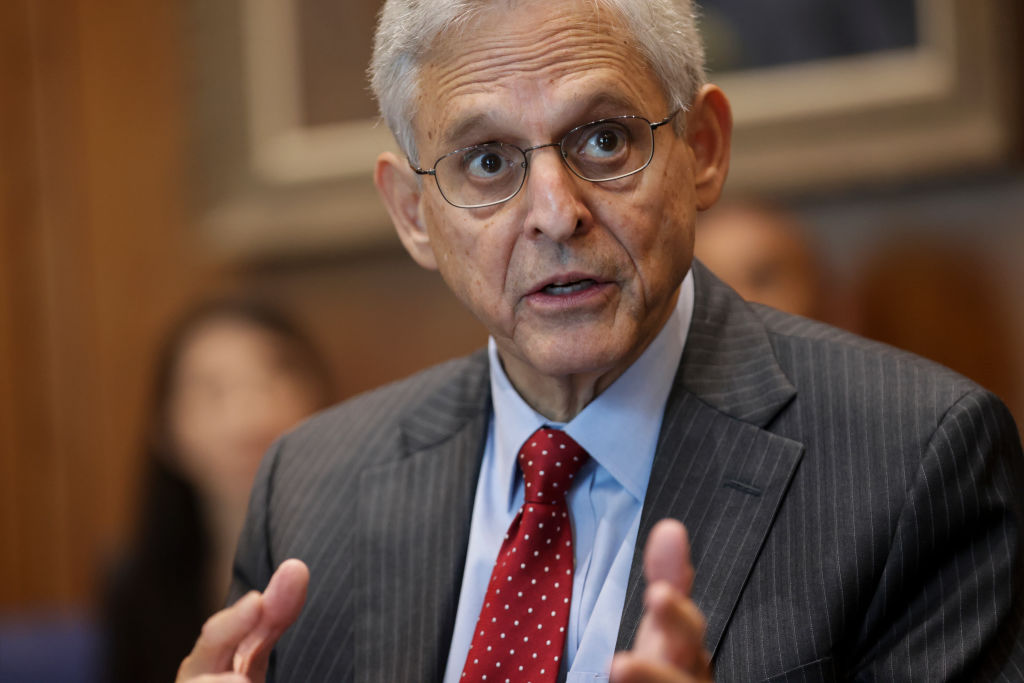 (WASHINGTON) — Attorney General Merrick Garland on Wednesday reiterated that “no person” is above the law amid calls from some congressional Democrats to charge former President Donald Trump over last year’s Capitol riot.

A visibly animated Garland twice stated that “no person” is above the law during a press conference when pressed specifically about Trump, whom Democrats say incited the Jan. 6, 2021, insurrection over his unfounded claims of widespread voter fraud in 2020.

The Department of Justice has been prosecuting various cases related to the rioting that day.

“There is a lot of speculation about what the Justice Department is doing, what’s it not doing, what our theories are and what our theories aren’t, and there will continue to be that speculation,” the attorney general said. “That’s because a central tenant of the way in which the Justice Department investigates and a central tenant of the rule of law is that we do not do our investigations in the public.”

“We have to hold accountable every person who is criminally responsible for trying to overturn a legitimate election, and we must do it in a way filled with integrity and professionalism,” Garland added.

In the 18 months since the attack on the Capitol, the Justice Department has charged 855 defendant’s from all 50 states, and among those 263 defendants have been charged with assaulting, resisting, or impeding officers or employees, including approximately 90 individuals who have been charged with using a deadly or dangerous weapon or causing serious bodily injury to an officer, according to the Justice Department.

The Justice Department has secured more than 325 pleas in January 6th cases and just under 100 have been sentenced to time in federal prison.

Former Trump campaign and White House official Steve Bannon is currently on trial over contempt of Congress charges, pleading not guilty to allegations that he did not comply with the House Select Committee Investigating the attack on the US Capitol.

However, as the House panel investigating the insurrection ramps up its public hearings, Democrats are clamoring for the Justice Department to charge the former president himself. Those calls ramped up after testimony before the panel revealed that Trump was aware that some in the crowd during his speech at the Ellipse were armed before urging his supporters to march to the Capitol.

“Trump was told the mob was armed. He sent them to the Capitol to kill us. He wanted to go into the House Chamber to overturn the election. He assaulted a Secret Service agent who told him no. He must be prosecuted to the fullest extent of the…law,” Rep. Jim McGovern, D-Mass., tweeted last month.

The issue of charging Trump is not a new one, though this is the first time it is an option since he left the White House.

Former special counsel Robert Mueller’s investigation into allegations of collusion between the Trump campaign and Russia in 2016 said it could not definitively clear the then-president of obstruction of justice accusations but cited longstanding Justice Department policy against charging sitting presidents.