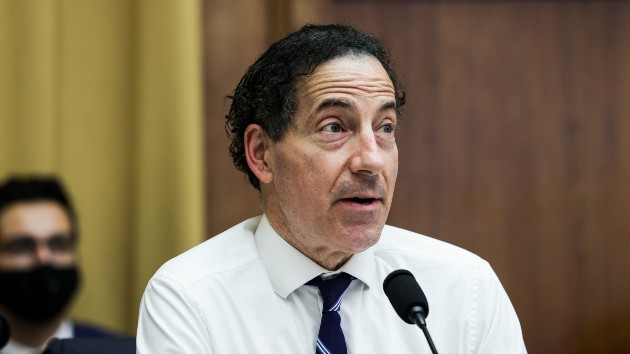 (WASHINGTON) — As the U.S. Senate begins its trial Tuesday trying former President Donald Trump on one charge of incitement of insurrection, Maryland Democratic Rep. Jamie Raskin will lead the House’s prosecution, tapped by Speaker Nancy Pelosi to serve as the top impeachment manager.

Raskin, a Harvard-educated, former constitutional law professor serving in his third term in the House, was the lead author of the impeachment article in the wake of the Jan. 6 melee at the U.S. Capitol.

Days earlier, on New Year’s Eve, Raskin’s son Thomas, who was following his father’s footsteps at Harvard Law School, took his own life after battling depression.

“Tommy Raskin had a perfect heart, a perfect soul, a riotously outrageous and relentless sense of humor, and a dazzling radiant mind. He began to be tortured later in his 20s by a blindingly painful and merciless ‘disease called depression,’ … a kind of relentless torture in the brain for him,” Raskin wrote in a statement following his son’s death.

“The pain became overwhelming and unyielding and unbearable at last for our dear boy, this young man of surpassing promise to our broken world. On the last hellish brutal day of that godawful miserable year of 2020 … we also lost our dear, dear, beloved son, Hannah and Tabitha’s beloved irreplaceable brother, a radiant light in this broken world,” the statement continued.

Members of Congress on both sides of the aisle grieved for Raskin, who was back in the Capitol to be sworn in for his third term in the House on Jan. 3. He also returned to work on the Hill on Jan. 6, the day after he and his family buried their son, to carry out his sworn duty to certify the election.

He drew a standing ovation from lawmakers on the House floor as he thanked them for their “love and tenderness” over the loss of his son. He then proceeded with his remarks on the objections over accepting the election results.

Less than an hour later, the Capitol was under siege and Raskin was sheltering under a desk with one of his two daughters and his son-in-law.

“They came down … and they ended up barricaded in a locked office off of the House chamber, hiding under a desk as people pounded on the door. They heard the same sickening sounds I heard, of people trying to barrel into the House chamber,” Raskin told ABC News on Jan 11. “This is not some abstract question about, you know, Donald Trump just pocketing emoluments. He helped to unleash a furious, savage mob on the Congress of the United States, our staffs, and in my case, on members of my family.”

Raskin quickly authored a House resolution calling on Vice President Mike Pence to invoke the 25th Amendment. He then drafted an article of impeachment accusing Trump of “incitement of insurrection.”

“It is their constitutional and patriotic duty to present the case for the president’s impeachment and removal,” Pelosi, D-Calif., said on Jan. 12. “They will do so guided by their great love of country, determination to protect our democracy and loyalty to our oath to the Constitution.”

Upon delivering the article of impeachment to the Senate on Jan. 25 — a few days after Trump left office and Joe Biden was inaugurated as the 46th president of the United States — Raskin promised to prove that Trump had committed “high crimes and misdemeanors against the United States.”

“The nine impeachment managers appointed by the House of Representatives will present overwhelming evidence of the facts of former President Trump’s incitement of the violent insurrection that took place in and around the Capitol on Jan. 6, 2021,” Raskin said.

Ironically, in one of his first acts as a freshman congressman, Raskin and other House Democrats unsuccessfully challenged the results of the 2016 presidential election during the counting of the electoral ballots in 2017. The gambit was squashed after no senators joined the objection and then-Vice President Joe Biden declared, “It is over.”

Prior to serving in Congress, Raskin was a three-term state senator in Maryland and worked as a professor of constitutional law at American University’s Washington College of Law for more than 25 years. He’s also survived a bout with colorectal cancer.

Last week, Raskin invited Trump to testify at the trial, though the former president’s lawyers are blocking him from appearing under oath, either before or during the Senate impeachment trial.

“We will prove at trial that President Trump’s conduct was indefensible,” Raskin wrote in a statement last Thursday after Trump’s legal team declined the invitation to testify. “His immediate refusal to testify speaks volumes and plainly establishes an adverse inference supporting his guilt.”

Despite the long odds that the U.S. Senate will convict Trump with a two-thirds majority, Raskin insists he is not deterred.

“I’m not going to lose my son at the end of 2020 and lose my country and my republic in 2021. It’s not going to happen,” Raskin, 58, told CNN on Jan. 17. “This was the most serious presidential crime in the history of the United States of America, the most dangerous crime by a president ever committed against the United States.”