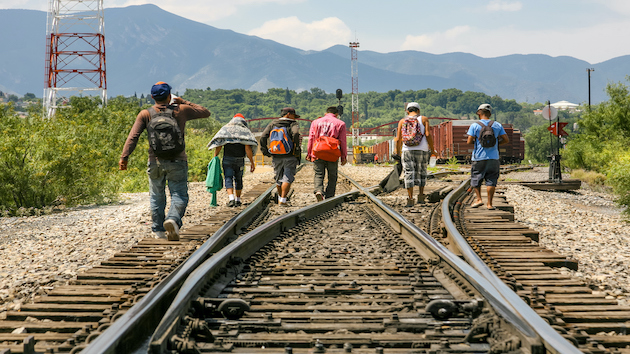 (WASHINGTON) — President Joe Biden has signed a memo to raise the maximum number of refugees allowed into the United States this fiscal year to 62,500.

His administration had first said in February it wanted the cap at that number, but in mid April, Biden backtracked and decided to leave a Trump-era cap of 15,000 in place.

Last month, when the president said he was going to leave the historically low cap in place, he faced fierce criticism from Democratic allies on Capitol Hill and refugee resettlement agencies across the country.

The blowback led the White House to promise to raise the cap within the coming weeks, and Monday Biden said it was back to square one: 62,500 in the current fiscal year, which runs until the end of September.

Senior administration officials blamed the situation on the southern U.S. border for overwhelming agencies and resources, although refugee advocates argued the system for intaking those unaccompanied minors was different from that for dealing with refugees, many of whom had already been fully vetted and were awaiting flights to the U.S.

Those agencies celebrated the about-face on Monday. Krish O’Mara Vignarajah, president and CEO of Lutheran Immigration and Refugee Service, one of the largest U.S. agencies, said in a statement to ABC News, “Today, we breathe a sigh of relief for our refugee brothers and sisters still in harm’s way, and for the thousands of families who have been forced to delay their reunification for years.”

But Biden also sought to temper expectations, saying, “The sad truth is that we will not achieve 62,500 admissions this year.”

He also seemed to pump the brakes for next year, when he pledged to raise the refugee cap to the highest level in the program’s 40-plus year history. In February, Biden signed an executive order that pledged to admit 125,000 refugees annually starting next fiscal year.

This new cap would “reinforce efforts that are already underway to expand the United States’ capacity to admit refugees, so that we can reach the goal of 125,000 refugee admissions that I intend to set for the coming fiscal year,” Biden said in his statement Monday.

“That goal will still be hard to hit,” he added. “We might not make it the first year.”

But for the over 30,000 refugees overseas who have already been vetted and are awaiting resettlement to the U.S., the news of a new, higher cap was very welcome after a confusing and discouraging few weeks.

“When America welcomes refugees it is the best of America, leaning on its distinguished tradition and long-held values of providing refuge to those fleeing violence and political persecution. We welcome the president’s recognition of these long-held values,” said David Miliband, president and CEO of the International Rescue Committee, another major resettlement agency.

There are an estimated 26 million refugees worldwide, according to the U.N. refugee agency, out of nearly 80 million displaced globally — a historic high level of displacement amid several ongoing conflicts and climate change.