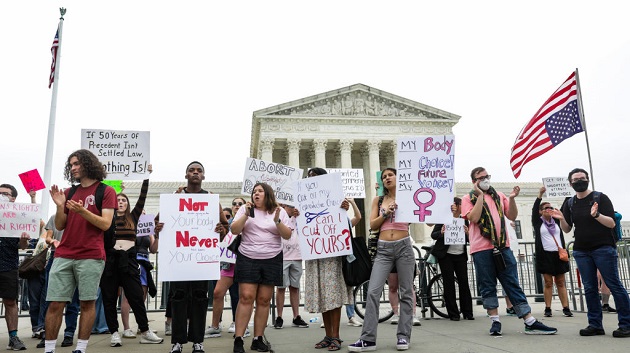 (WASHINGTON) — Attorney Kathryn Kolbert has spent a majority of her career thinking about the after-effects on reproductive rights if the Supreme Court was to overturn Roe v. Wade. She believes prohibiting abortions will force some women to turn to unsafe practices to terminate pregnancies that will put their lives in danger.

“Women are crafty,” said Kolbert. “I’m not advocating that they break the law, but the reality is, as in the days before Roe, the underground market will operate.”

Kolbert is best known as one of the lawyers who argued and helped win the landmark 1992 abortion case Planned Parenthood vs. Casey. Now, a leaked draft opinion for the Supreme Court appears to indicate that the court is poised to fully overturn Roe v. Wade and Planned Parenthood v. Casey.

Kolbert told ABC News’ podcast Start Here that if the ruling is overturned, so-called “trigger laws” will immediately go into effect to ban or prohibit abortions across half the country.

If women cannot afford to travel to obtain proper reproductive care, Kolbert said that some women will take dangerous measures, either through unsafe surgical abortions or medical abortions, that could result in serious consequences.

“They’ll figure it out and there’s all kinds of ways they can do that. Internet access from doctors around the world, getting drugs from their friends… traveling across the border, and picking up the drugs, all kinds of ways,” said Kolbert.

Kolbert said that, although medical abortions, which is the use of different medications to terminate a pregnancy, are safe under medical supervision, there are still always risks that women can bleed more than expected. For those who obtain the drugs illegally, they’ll often be deterred from seeking follow up medical care when they need it.

“[A woman in Texas] was prosecuted for self-managing her abortion. They dropped those charges eventually, but [she] was dragged into court,” said Kolbert. “[Authorities] found out because she went to a hospital, because she was bleeding and wanted appropriate health care.”

“For the most part, [medication is] safe when you get the right drug, but there’s unscrupulous people out in the world and that’s a risk,” said Kolbert. “But the reality is, even with the risks of medication… [For some women] being forced by the government to carry your pregnancy to term is unthinkable and they will do, as they did in the days before Roe, just about anything to terminate a pregnancy.”

The World Health Organization estimates that nearly 13% of annual maternal deaths can be attributed to unsafe abortions. The same study states that in developed regions, it is estimated that 30 women die for every 100,000 unsafe abortions.

For now, abortions are legal while the final Supreme Court decision remains pending. Kolbert said that there are three things people can do to help: donate money to abortion rights causes, get political and build “a badass social justice movement” because “change has never happened until there has been a cry for change.”