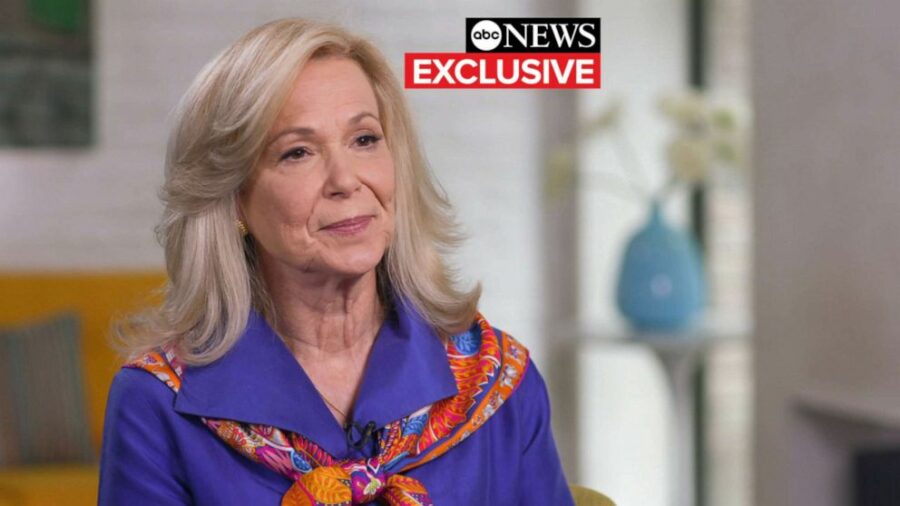 (WASHINGTON) — The coronavirus response coordinator for President Donald Trump’s COVID task force, Dr. Deborah Birx, told ABC News in an exclusive interview that she became “paralyzed” when Trump raised the possibility of injecting disinfectant into people to treat the virus – and revealed how she thinks data meant to keep New York City playgrounds open led the president to make that ill-advised jump.

Birx, who spoke with Dr. Jennifer Ashton, ABC News’ chief medical correspondent, before the Tuesday release of her new book, also said she had a pact with other doctors on Trump’s team – including Anthony Fauci – that if one of them was fired, then they would all resign.

From the start, she wrote in the book, “Silent Invasion: The Untold Story of the Trump Administration, COVID-19, and Preventing the Next Pandemic Before It’s Too Late,” she was unequipped to deal with the toxic political atmosphere that was the Trump White House.

MORE: Birx on Trump’s disinfectant ‘injection’ moment: ‘I still think about it every day’
And even though she was the only one on Trump’s team with on-the-ground experience dealing with a deadly pandemic, she was constantly sidelined, she said.

’I wanted it to be “The Twilight Zone”’

But many Americans have come to associate Birx with her failure to more forcefully correct Trump during that White House press briefing on April 23, 2020.

New York City had recently closed its playgrounds and, according to Birx, a Department of Homeland Security scientist had just briefed Trump on how it appeared sunlight made them safe.

“So supposing we hit the body with a tremendous — whether it’s ultraviolet or just a very powerful light — and I think you said that hasn’t been checked because of the testing,” Trump said. “And then I said, supposing you brought the light inside the body, which you can do either through the skin or in some other way, and I think you said you’re going to test that, too.”

“I see the disinfectant that knocks it out in a minute, one minute. And is there a way we can do something like that by injection inside or almost a cleaning? As you see, it gets in the lungs, it does a tremendous number on the lungs, so it would be interesting to check that,” the president continued.

“I wanted to be able to reassure the parents that the natural disinfection activity of the sun, with its ability to produce those free radicals that eat these viruses and bacteria and fungi, their membranes, that that would work,” Birx told Ashton. “And that they could get their children outside to play on the playground.”

But when Birx said she saw Trump and the government scientist informally continue their conversation before cameras – and the president make the leap to publicly question whether humans could be treated with disinfectant – she shifted uncomfortably in her seat.

“I just wanted it to be ‘The Twilight Zone’ and all go away,” Birx said. “I mean, I just– I could just see everything unraveling in that moment.”

Birx also addressed that moment in a Monday interview with “Good Morning America.”

“This was a tragedy on many levels,” she told co-anchor George Stephanopoulos.

“I immediately went to his most senior staff, and to Olivia Troye, and said this has to be reversed immediately,” she said; Troye was an adviser to then-Vice President Mike Pence.

“And by the next morning, the president was saying that was a joke,” Birx said. “But I think he knew by that evening, clearly, that this was dangerous.”

Birx said she was concerned Americans thought Trump had been speaking directly to her, when in reality he was mainly speaking with the Homeland Security scientist. Trump did at one point, though, ask her: “Deborah, have you ever heard of that? The heat and the light, relative to certain viruses, yes, but relative to this virus?”

“Not as a treatment,” she replied. “I mean, certainly fever is a good thing. When you have a fever, it helps your body respond. But not as — I’ve not seen heat or (inaudible).”

“We had spent so much time getting everyone to take the virus seriously, and we had these whole series of actions that were critical to saving American lives in that moment,” Birx said. “And I could see everything would be unraveled after that moment

Birx: Doctors had pact to resign

Birx also wrote in her book about how she had a pact with other doctors on Trump’s coronavirus task force that if one of them was removed from the task force, then all of them would resign from it.

She said the doctors included Anthony Fauci, the director of the National Institute of Allergy and Infectious Diseases; Robert Redfield, the director of the Centers for Disease Control and Prevention; and Stephen Hahn, the commissioner of the Food and Drug Administration.

“I actually wasn’t worried about myself being fired because I was dual-hatted, and I would go back to the State Department and my PEPFAR job, full time,” Birx told Ashton, referring to her role as the coordinator of the U.S. government’s program to combat HIV/AIDS, the President’s Emergency Plan for AIDS Relief.

“I was very worried about Bob and Steve– because you can hear in the hallways how people were talking about them,” she said, referring to Redfield and Hahn. “And so, I went to the vice president multiple times to call Bob and Steve because I was worried about them feeling like they were–at that risk. And I was very clear to the chief of staff that if anything happened to Bob or Steve, we would all leave.”

Asked if that ever came close to happening, Birx said “there were times that I felt like Steve particularly was under a lot of pressure” over vaccine development.

“I wanted him to know that I had his back, no matter what,” she said. “And I think all of us knew– all of us knew what it was like to be there and in the trenches. Although, they got to go home after the task force and back to their agencies. I was still in the White House.

“But,” she continued, “they had enough understanding about what was happening in the White House to understand that all of us were at risk at one time or another.”