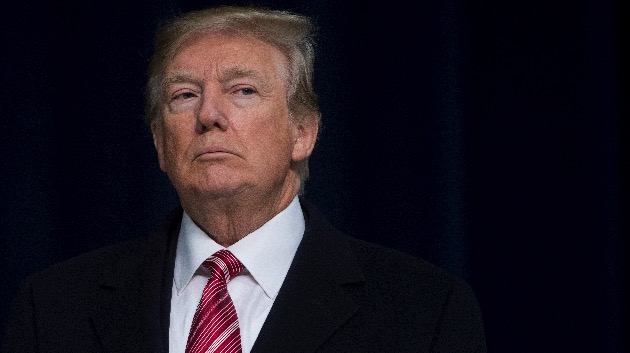 (WASHINGTON) — More than a year after the 2020 presidential election, the GOP is still covering numerous legal bills for the benefit of former President Donald Trump — and the price tag is ruffling the feathers of some longtime GOP donors who are now critical of Trump.

In October and November alone, the Republican National Committee spent nearly $720,000 of its donor money on paying law firms representing Trump in various legal challenges, including criminal investigations into his businesses in New York, according to campaign finance records.

Trump’s legal bills have sent the Republican Party’s total legal expenditures soaring in recent months, resulting in $3 million spent just between September and November. In contrast, the Democratic National Committee has been gradually winding down its legal expenses over the last few months.

Traditionally, national political parties have at times covered presidents and their advisers’ legal fees in matters related to their presidential campaigns. And throughout his presidency, the Republican Party has footed legal bills for Trump, his family members and his political allies, going back to the days of Special Counsel Robert Mueller’s investigation into the 2016 election, through the impeachment proceedings following the Jan. 6 attack on the U.S. Capitol.

But experts say the GOP’s recent payments of Trump’s attorney fees after he left the White House, for investigations that are not relevant to the next presidential campaign, is a very unusual move that’s indicative of the ongoing influence that the former president has over the party.

“Campaign finance law does not strictly prohibit a national party committee from paying for private legal expenses, but it is very rare for a party committee to use donor money in that way,” said Brendan Fischer, federal reforms director at nonpartisan government ethics group Campaign Legal Center.

“And it is entirely unprecedented for a national party committee to cover a former president’s private legal bills, especially when those legal expenses arise out of an investigation into activity that preceded Trump’s time in the White House, and when Trump is sitting on millions of his own PAC funds,” Fischer said.

RNC spokesperson Emma Vaughn told ABC News that the RNC’s executive committee approved paying for “certain legal expenses that related to politically motivated legal proceedings waged against President Trump,” while declining to comment on which specific cases are being paid for.

“As a leader of our party, defending President Trump and his record of achievement is critical to the GOP,” Vaughn said. “It is entirely appropriate for the RNC to continue assisting in fighting back against the Democrats’ never ending witch hunt and attacks on him.”

The RNC has so far paid three law firms on behalf of Trump, paying $328,000 to NechelesLaw LLP, $200,000 to van der Veen, Hartshorn and Levin, and $172,000 to Fischetti & Malgieri LLP, according to its recent disclosure filings. The Washington Post reported that the RNC has agreed to pay up to $1.6 million of Trump’s legal bills.

The law firm payments haven’t sat well with some Trump critics within the GOP.

Rooney, who is among several Republican lawmakers who announced their retirement after clashing with pro-Trump forces within the GOP, was previously a U.S. ambassador to the Holy See under the Bush administration and a generous donor to the Republican Party, giving upwards of $1 million to various GOP candidates and groups over the years.

“I used to support the RNC quite a bit, especially when Reince Priebus was there,” Rooney said. “But I don’t see myself doing it right now because they keep giving money to Trump.”

Many Republicans are “exhausted and bothered by” Trump allies’ continued election challenges, Rooney said, “because all it’s doing is giving a lot of grist to people who want to oppose the Republican Party, at least the one that I used to know.”

“We’re getting tarred with this big lie and this claim of election fraud, and that is damaging our most important institution in our country — belief in elections,” Rooney said.

The RNC’s financial support of Trump’s legal bills also complicates the party’s vow to remain neutral ahead of nominating process for the 2024 presidential election. “The party has to stay neutral. I’m not telling anybody to run or not to run in 2024,” RNC Chairman Ronna McDaniel said last January. She has since reaffirmed that Trump “still leads the party.”

Financial support notwithstanding, the GOP and Trump have not always had a smooth relationship over the past year. In the final days of Trump’s presidency, Trump told McDaniel he was leaving the GOP and creating his own political party, only to back down after McDaniel threatened to stop paying Trump’s legal bills for his post-election challenges, according to a book by ABC News Chief Washington Correspondent Jonathan Karl.

Both Trump and McDaniel have denied the story.

Not long after that, Trump and the party again clashed over the use of Trump’s name in fundraising appeals, with the GOP eventually reaching an agreement to use his name.

In addition to covering many of Trump’s legal bills, the RNC has paid hundreds of thousands of dollars supporting lawsuits across the country “to ensure the integrity of our elections,” said RNC spokeswoman Danielle Alvarez.

Gearing up for the 2022 election cycle, the RNC has been building an aggressive nationwide “election integrity program,” engaging in election-related lawsuits in states like Georgia, Florida, Arizona and Texas, stationing state-directors in battleground states, engaging hundreds of attorneys at the state level and training thousands of poll watchers.

The party is engaged in 30 such “election integrity” lawsuits, Alvarez said, with financial disclosures showing payments of $500,000 to the law firm of Kasowitz Benson Torres LLP, more than $260,000 to McGuireWoods, and $243,000 to Consovoy McCarthy PLLC.

Even with all the legal expenditures, the RNC has continued to build a huge war chest over the past year. Backed by megadonors that include Blackstone Group CEO Stephen Schwarzman and casino mogul Steve Wynn, the RNC ended November with more than $65 million in cash on hand.